Brentford boss: Eriksen could be the club’s greatest deal 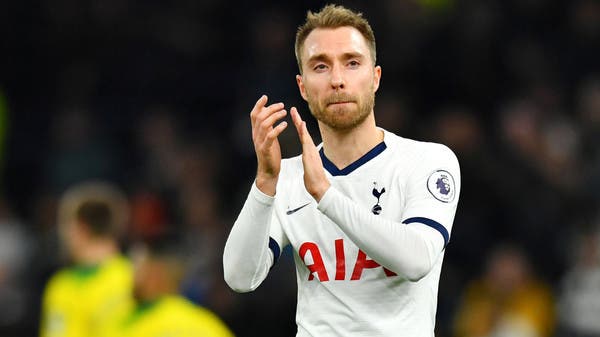 Brentford coach Thomas Frank confirmed on Thursday that Christian Eriksen could become the club’s greatest deal ever and said he hoped the Danish midfielder would make his Premier League debut within a few weeks.

The 29-year-old joined Brentford on Monday, seven months after suffering a heart attack during a European Championship match.

Eriksen, who fell unconscious during a match against Finland in Copenhagen and underwent a life-saving cardiopulmonary resuscitation on the pitch in front of shocked fans and his teammates, signed for Brentford on a free transfer until the end of the season.

Eriksen has not played since his heart attack, although he has been training with his former club Ajax Amsterdam in order to regain his fitness.

His former club Inter Milan terminated his contract in December because the pacemaker he had implanted was not allowed in Serie A.

“It was great to get Eriksen, it could be the greatest deal ever made by the club,” Frank told reporters ahead of Saturday’s FA Cup clash with Everton.

He continued, “You saw him previously among the best players in the English Premier League, and what happened to him in June was sad and shocked us all.” The day he gets back on the field will be strewn with emotion.

The Dane made 226 Premier League appearances for Tottenham, whose coach Antonio Conte said this month that “the door is always” to Eriksen at the London club.

Eriksen, who has made 109 appearances for Denmark, was given the green light by doctors last month to resume his football career and is looking to play in the World Cup.

Brentford, who are playing in the top flight for the first time in 74 years this season, are 14th with 23 points from 23 games.