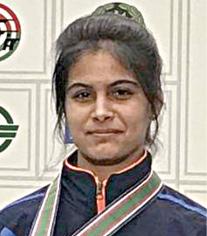 Sniper Manu Bagar has complained that Air India officials bribed him to carry guns on the plane. Air India has denied the allegation.

Manu Bhagar was scheduled to board a flight from Delhi’s Indira Gandhi International Airport to Bhopal last Friday. The guns and ammunition he had brought with him for training at the airport were not allowed and he had to pay Rs 10,200 for them. Air India officials Said. But Manu Bagar said he was a sniper.

Manu Bagar said, “I have permission to carry guns and ammunition. But the authorities Bribe to carry a gun Asked. They treated me like a criminal. Authorities confiscated the cellphone and destroyed the photos. He was eventually allowed to board the plane on the orders of Union Sports Minister Kiran Rijiju.

A statement from Air India said, “Air India officials only asked Manu Bagari for documents. No one asked for a bribe. The officers did what procedures were carried out when carrying guns.

Thus it is said.