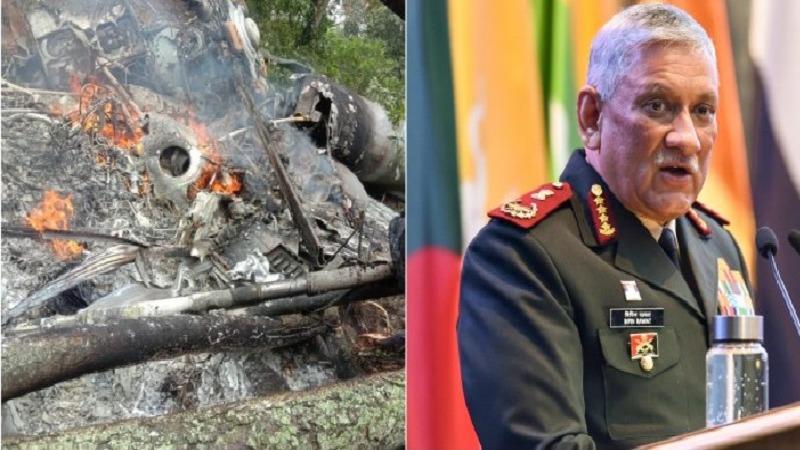 The Indian Air Force says 13 people, including Brigadier General Bipin Rawat and his wife Madulika Rawat, have been killed in an Indian Army helicopter crash near Coonoor in the Nilgiris district.

In the tweets posted in this regard, today at noon IAF Mi 17 V5 The Raga helicopter took off with 9 passengers, including the commander of the three forces. There were 4 people on the team operating the helicopter. The helicopter, which was carrying a total of 14 people, crashed. The accident took place in Coonoor, Tamil Nadu.

We are saddened to share the news that 13 people, including Brigadier General Pipin Rawat and his wife Madhulika Rawat were killed in the accident.

Captain Varun Singh, a senior commander who was injured in the accident, has been admitted to Wellington Army Hospital with injuries.

Pipin Rawat was the first Commander-in-Chief of the Indian Army.

Gen Bipin Rawat, Chief of Defense Staff (CDS) was on a visit to Defense Services Staff College, Wellington (Nilgiri Hills) to address the faculty and student officers of the Staff Course today.