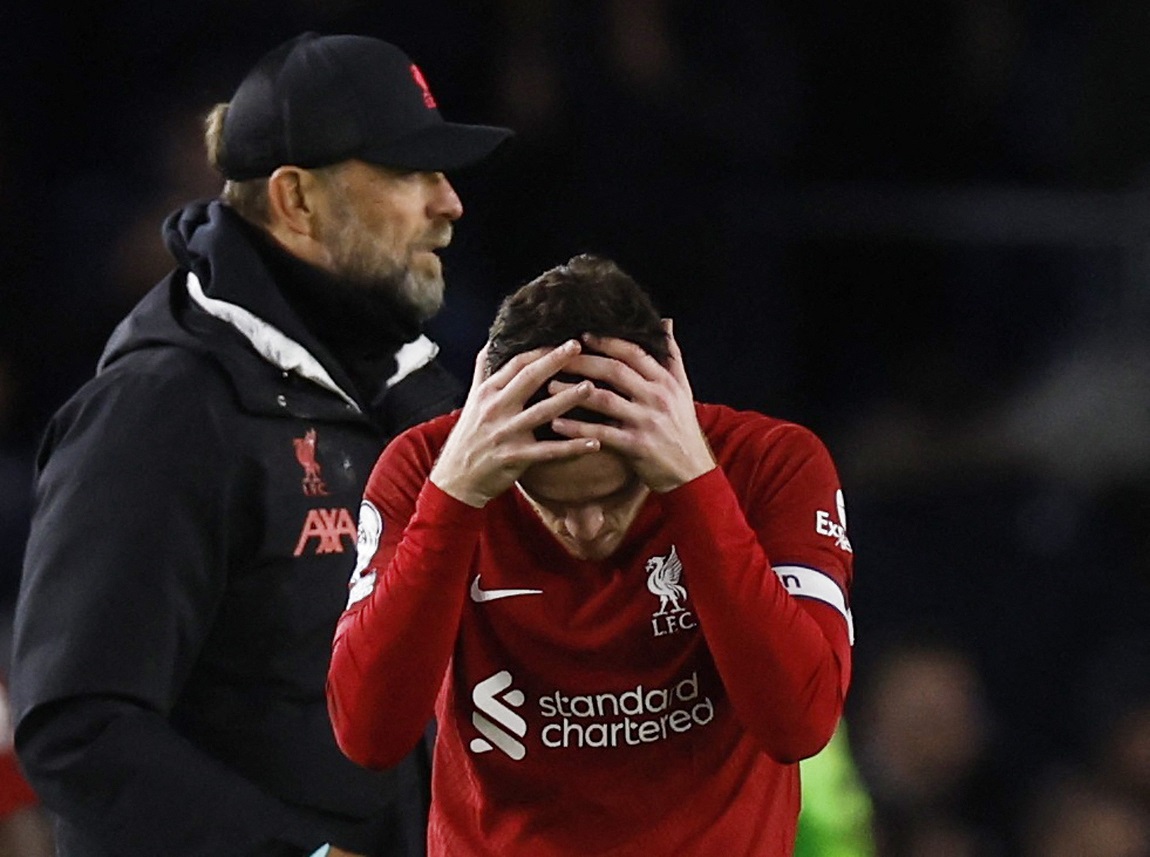 Brighton shocked and beat Liverpool 3-0 during their match today, Saturday, in the twentieth round of the English Premier League.

Brighton raised its score to 30 points in seventh place, and Liverpool stopped at 28 points in eighth place.

In another match, Southampton beat Everton 2-1.

Southampton raised its score to 15 points in the last twentieth place, with a goal difference behind Everton, who ranked the nineteenth penultimate.

In a third match, Nottingham Forest defeated Leicester City with two clean goals scored by Bernan Johnson in the 56th and 85th minutes.

Wolverhampton beat West Ham with a clean goal scored by Daniel Bodensi in the 48th minute.