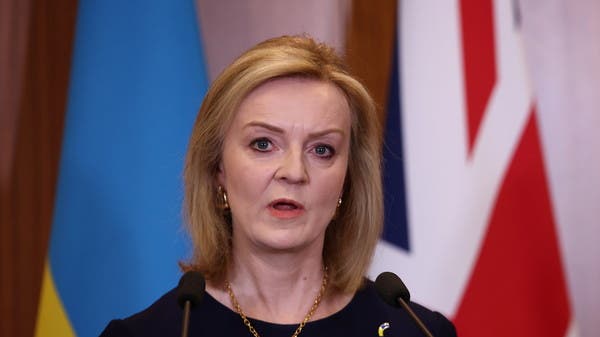 British Foreign Secretary Liz Truss announced today, Sunday, that she is horrified by what she said was a Russian attack on a school in Lugansk, which led to the killing of innocent people, as she described it.

She also added, in a tweet on her Twitter account, that “the deliberate targeting of civilians and civilian infrastructure amounts to war crimes,” vowing to ensure that the Putin regime is held accountable.

Horrified by Russia’s latest attack on a school in Luhansk, resulting in the deaths of innocent people sheltering from Russian bombardment. Deliberate targeting of civilians & civilian infrastructure amounts to war crimes. We will ensure Putin’s regime is held accountable.

Today, Sunday, the authorities of the Ukrainian Lugansk region accused the Russian army of bombing a school where about 90 people were sheltering.

Serhiy Gaidai, governor of the Lugansk region, said that two people were killed in the bombing of a school in the village of Belhorivka, noting that there are fears of killing 60 people who are still under the rubble.

He also added that Russia dropped a bomb on Saturday afternoon on the school where about 90 people were sheltering, and 30 were rescued.

On the other hand, there was no immediate response from Russia.

It is noteworthy that the Lugansk region is one of the two breakaway republics that declared their independence unilaterally and are recognized only by Russia.

On February 24, Russia announced a special military operation in eastern Ukraine with the aim of “protecting” the Donetsk and Lugansk regions.

The operation, which entered the second phase about a month ago, focused on the Donbass region specifically, where the battles are still continuing.