Britain: Russia continues its attack on the Azovstal plant 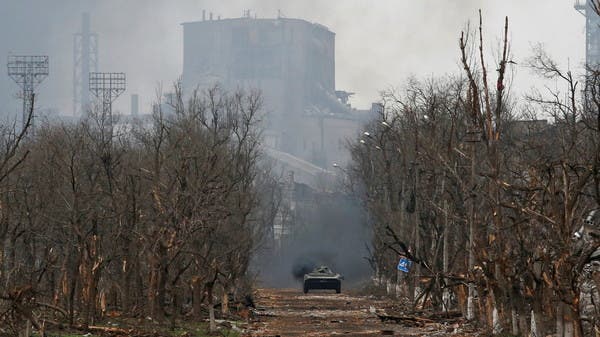 Today, Friday, the Russian army continues, as part of its special operation in Ukraine, to strike military sites and liberate the Donbass lands, while the West is striving to tighten sanctions against Moscow and provide military support to Kiev.

In the latest developments, British military intelligence said in a tweet on Twitter that Russian forces in the Ukrainian city of Mariupol continued their ground attack on the Azovstal steel plant for the second day.

Ukrainian President Volodymyr Zelensky said in a video address on Thursday that Russian forces are still storming and bombing the Soviet-era Azovstal factory, where civilians and military forces are sheltering.

This comes as Russia’s representative to the United Nations accused the West of waiting for the opportunity to launch an economic war on Moscow and put pressure on it, stressing that what Ukraine is witnessing is a proxy war that the West is waging against Russia. He also accused parties of turning Ukraine into the spearhead of the battle against Russia.

At the same time, United Nations Secretary-General Antonio Guterres called for an end to the war in Ukraine, adding in a speech delivered on his behalf by the United Nations spokesman, that Russia’s attack on Ukraine violated its unity and the Charter of the United Nations, as he described it, and caused great damage to the whole world.

Guterres had told the Security Council, on Thursday, that a third operation was underway to evacuate civilians from the Ukrainian port city of Mariupol and the besieged Azovstal factory.

The United Nations and the International Committee of the Red Cross have so far helped evacuate about 500 civilians from the area in two operations over the past week. Guterres declined to give details of the new operation “to avoid undermining the potential success”.

“It is my hope that continued coordination with Moscow and Kiev will lead to further humanitarian pauses to provide safe passage for civilians away from the combat zones and allow aid to reach those most in need,” Guterres told the council.