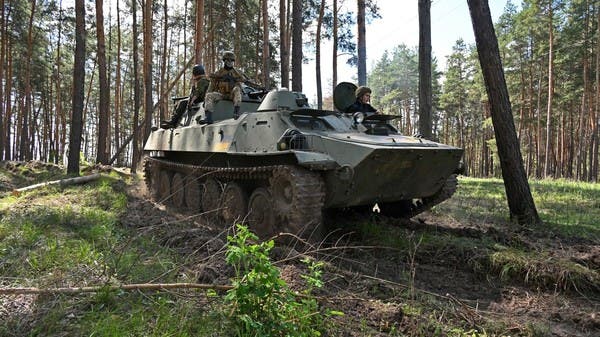 While the Russian military operation in Ukraine has entered its third month, battles continue in the eastern regions of the country, especially the Donbass region, in addition to the north in the vicinity of the city of Kharkiv.

The British Ministry of Defense revealed today, Thursday, that the Ukrainian forces are continuing a counter-attack to the north of Kharkiv, the second largest city in the country, and are recovering several towns and villages towards the Russian border.

The ministry said in a circular on Twitter that reports indicate that Russia has withdrawn units from the area and the forces are likely to redeploy them after compensating for losses incurred on the eastern bank of the Seversky Donets River.

She added that controlling the Donbass region remains a top priority for the Russians.

In turn, Ukraine said on Wednesday that it had pushed Russian forces in the east to retreat to retake the village of Bitumnik, located on the main highway north of Kharkiv, about halfway towards the Russian border.

And a Ukrainian military source, who asked not to be named, said that after days of advances in the north and east of Kharkiv, the Ukrainian forces are only a few kilometers away from the Russian border.

Before the Ukrainian advance, Russian forces were on the outskirts of the city of Kharkiv, 40 kilometers from the border.

This progress appears to be Ukraine’s fastest since Russian forces withdrew from Kyiv and the north of the country in early April.

Ukrainian tank in the vicinity of Kharkiv (AFP)

If it continues, it could allow Ukrainian forces to threaten the supply lines of the main Russian attack force, and could even put logistical targets inside Russia itself within the scope of Ukrainian artillery, according to analysts.

It is noteworthy that Kharkiv, the second largest city in Ukraine, has been bombed since the end of February and witnessed street fighting between Russian forces and the Ukrainian resistance.