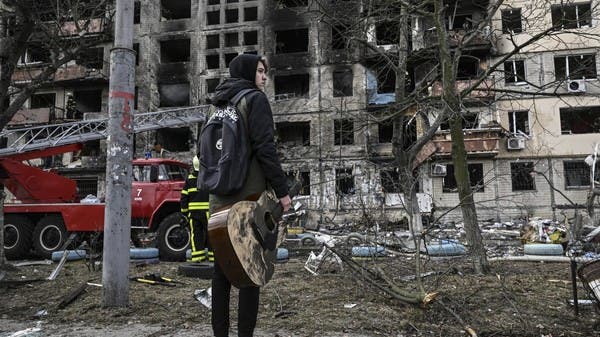 The British ambassador to Ukraine, Melinda Simmons, ruled out that Russian President Vladimir Putin has given up his ambitions to control the Ukrainian capital, Kyiv, after losing the battle for the city.

In an interview published in the Guardian newspaper on Sunday, Simmons, who returned to work in Kyiv after the embassy was evacuated in February, indicated that Moscow had shifted its focus to a new offensive in the east and south after its withdrawal from Kyiv, at least for the time being.

“I think Putin would definitely want to try again if he thought he was making progress,” she added.

Today, Sunday, the Russian forces will continue to carry out their military operations on Ukrainian territory, by destroying the military structures of Kiev, while Ukraine continues to receive military support and equipment from its allies.

In the latest developments, the British Ministry of Defense said today, Sunday, that Russia is seeking to exert political and economic influence on the Ukrainian city of Kherson in the long term. She added that Russia’s control of Kherson will allow it to advance towards the south and west.

At the same time, the Russian Defense Ministry accused the Ukrainian forces, on Sunday, of bombing several villages in the vicinity of Kherson, which resulted in civilian casualties, according to a Russian defense statement.

The Russian Defense Ministry announced that what it called “Ukrainian Nazis” were preparing for new provocations, represented by the bombing of the Nikolaev Dam, accusing the Russian army of doing so.

Russia began a military operation in Ukraine on February 24, in the presence of what Russian President Vladimir Putin described as a “persistent threat emanating from the territory of modern Ukraine.”