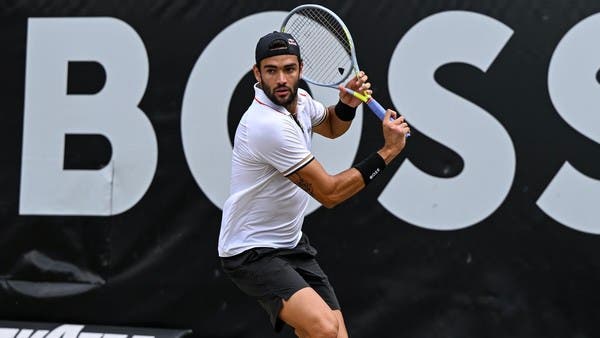 Italy’s Matteo Berrettini, ranked 10th in the world, won the Stuttgart Championships on grass for the second time in his career, defeating British veteran Andy Murray 6-4, 5-7, 6-3 in an exciting match on Sunday.

Berrettini, last year’s Wimbledon runner-up, has been out of competition since last March after undergoing an operation on his hand and made a successful comeback in Stuttgart, where he won his second title after 2019.

As for Murray, he lost his second final this year after the Australian Sydney Games. “It’s unbelievable… to come back from an injury, from the first surgery in my life and to win a championship, that’s great,” said Berrettini, 26, after winning his sixth title. “I didn’t even play my best matches, especially in the first rounds.”

Murray competed in the 70th final of his professional career, and his last victory returns to the Belgian Antwerp Games in 2019, and on grass to Wimbledon 2016.

Murray (35 years old) has suffered a lot in recent years, specifically in 2017, from many injuries to the hip and thigh that forced him to undergo several surgeries, so that his physical suffering prompted him in early 2019 to think about retiring.

Murray, ranked 68 in the world, called up the doctor after losing the first game on his serve in the opening third set. Despite his deference to Berrettini, he was not able to resolve matters.

“We didn’t want to end the match like this, he seems to be in pain,” said the Italian. “He came back several times and taught us how to fight. I think I personally learned a lot from him.” Murray, who has won three majors, was denied the 47th title of his career.

“It was a great week here on my first participation,” said the former world number one, adding of the Italian, “He came back from surgery and it’s never easy, he played really well today and deserved to win.”

This was the third confrontation between the two players, and Murray had excelled in the first in the 2019 Beijing Games, before Berrettini won last year in the 16th round of the British Queen’s Tournament on his way to his last title before today.