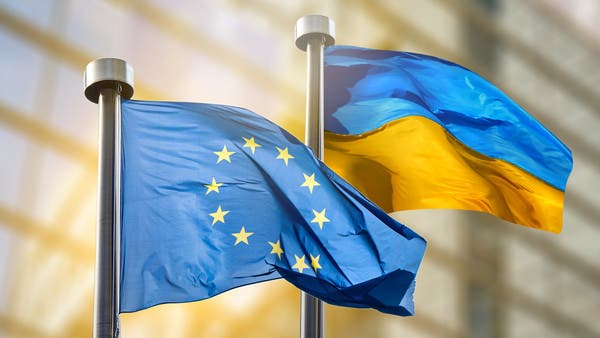 European affairs ministers are meeting in Luxembourg today, Tuesday, as they prepare the issues for the European Summit on Thursday and Friday.

Ministers will discuss the Commission’s proposal on Ukraine, Moldova and Georgia, and the results of the “Conference on the Future of Europe”, including issues of amending European treaties.

On Monday, the President of the European Council, Charles Michel, announced that the leaders of the 27 member states will discuss, at their summit scheduled for Thursday and Friday in Brussels, the issue of granting Ukraine and Moldova the status of candidate state to join the bloc.

And Michel explained that the decision on the approval of Ukraine and Moldova to obtain the status of two official candidates for membership in the Union, which the European Commission had recommended to member states for approval, must be passed unanimously.

“It is time to recognize that the future of Ukraine, Moldova and Georgia is within the European Union,” Michel wrote in his invitation letter to EU leaders. “I will invite you to grant candidate country status to both Ukraine and Moldova. In parallel, we will continue to provide Ukraine with strong humanitarian, military, economic and financial support. “.

And the President of the European Commission, Ursula von der Leyen, recommended last week that European leaders agree to grant Ukraine and Moldova the status of an official candidate country to join the bloc. As for Georgia, she said, the country still has to make reforms to get this status.

“The commission recommends to the council, firstly, to give Ukraine a European horizon, and secondly to grant it candidate status. This is, of course, provided that the country implements a number of important reforms,” ​​von der Leyen said.

“We all know that Ukrainians are ready to die to defend their European aspirations. We want them to live with us, for the European dream,” she added.

Ukraine submitted its candidacy in late February, shortly after the start of the Russian military operation on its territory.

Never before has an opinion been issued in such a short time on a candidacy application, a war emergency that Europeans put in the context of their support for Ukraine against Russia.

To become an official candidate for EU membership, a country must meet a series of political (democracy, rule of law, protection of minorities), economic (viable market economy) criteria, and a commitment to introducing the rules of European law.

Ukraine is essentially linked to the European Union by an association agreement that entered into force in September 2017.

Corruption is still rampant in Ukraine. In its 2021 report, the non-governmental organization Transparency International ranked the country 122 out of 180. This is better than it was in 2014 (142), but still far behind its European Union neighbors (the worst is Bulgaria at 78).