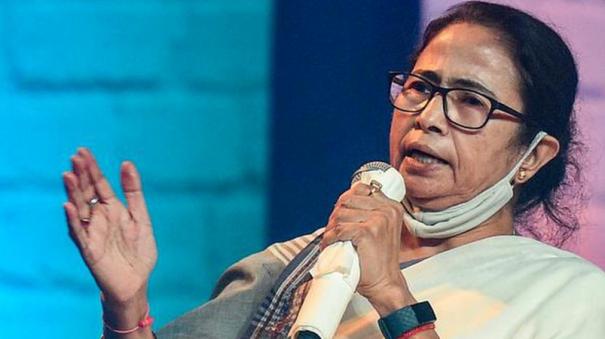 A Public Interest Litigation has been filed in the Calcutta High Court on Monday seeking an order to investigate the property value of Mamata’s relatives.

Apart from this, the Enforcement Directorate last Tuesday summoned Mamata’s son-in-law and Trinamool MP Abhishek Banerjee to appear in the hearing today in the coal scam case.

Meanwhile, Chief Minister Mamata Banerjee told reporters in Kolkata yesterday: “I have been accused of encroaching on government land. My house in Kalighat is on leased land. Actually the land belongs to Rani Rashmoni’s family. I have ordered an immediate inquiry into the allegation.

If the allegation is true I have asked the authorities to demolish the entire property without my permission. If anyone proves that my properties have been acquired illegally or through wrongful means, they can be bulldozed and removed.

A notice has been issued against my family. I am not afraid of this. I will fight against it legally. I hope we get justice. People will make the final decision even if there is no justice. I have never seen such bad politics.

I don’t like slanderous politics, lies, unprintable words, and not even the slightest respect. The politics of intimidation has also started. A faction in the media industry spreads slander without evidence
They are

Let’s say we live as a joint family. But we live separately. I don’t have time to cook. Abhishek’s mother cooks and sends me food. He also lives alone. Mamata Banerjee said.