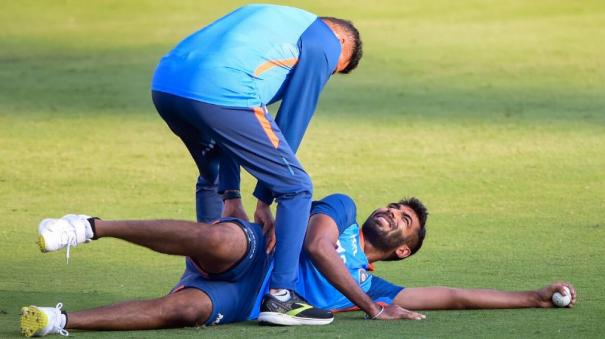 New Delhi: India’s leading fast bowler Jasprit Bumrah has withdrawn from the T20 Cricket World Cup series due to a back injury.

It was reported that he did not play due to back pain. But now it has come to light that Bumrah did not travel to Thiruvananthapuram with the Indian team. Now he has gone to the National Cricket Academy in Bengaluru to know the severity of his back pain. Although the back problem did not require surgery, it took Bumrah a long time to recover from it.

In this regard, a BCCI official told PTI, “Bumrah will definitely not play in the T20 World Cup cricket series. The injury to his back is serious. He will not be able to play for 6 months due to the fracture in the bone.

A BCCI official said, “Bumrah and Jadeja’s absence from the World Cup is a big loss for the Indian team. We did not expect such things to happen. Bumrah was rested during the Asia Cup to manage his workload. Now the question is whether he was fully fit to play the T20 series against Australia,” he said.