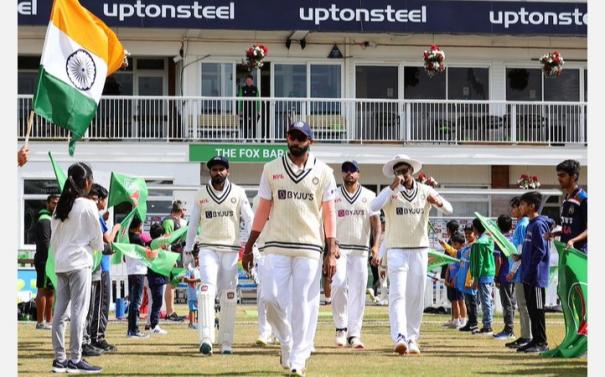 Mumbai: The Board of Control for Cricket in India (BCCI) has announced that fast bowler Jaspreet Bumra will captain the Indian team in the Edgbaston Test against England.

The Indian cricket team is touring England. India will play one Test, three T20s and three ODIs in this tour. This Test match starts tomorrow at Edgeboston.

In an environment where captain Rohit Sharma is suffering from corona infection, he did not play in this match. Pumra will lead the Indian team in his place. Earlier, the BCCI had confirmed the news.

Among these players, there is a lot of anticipation as to who will be in the XI for tomorrow’s match.

The Indian team went to England last year to play in a five-match Test series led by a goalie. Of these, 4 matches were played and the last match was postponed due to corona spread. Now that last match of the series has been postponed and is about to take place. The Indian team is leading 2-1 in this series. So, even if the Indian team wins or draws the match, it will still be good to win the series.