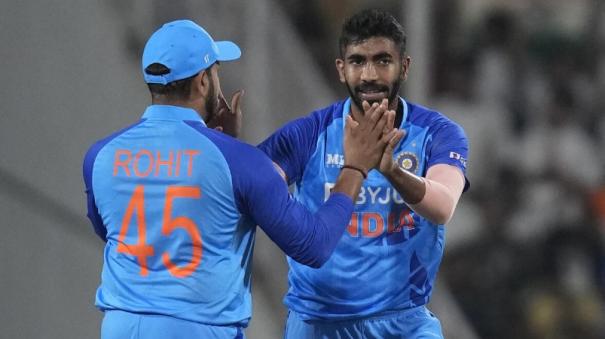 Indore: The Indian team has lost in the 3rd T20I cricket match against the South African team held in Indore. Chasing a target of 228 runs, the Indian team lost all their wickets in 18.3 overs and scored only 178 runs to lose by 49 runs. Speaking after the defeat, Indian captain Rohit Sharma shared some information.

One of them is a replacement for Jasprit Bumrah. India’s fast bowler Bumrah, who is suffering from an injury, has withdrawn from the T20 World Cup series. BCCI has not announced anyone as his replacement yet. Speaking about this, Rohit said, “Bumrah’s withdrawal from the World Cup series will definitely be a big loss for the Indian team. He needs to find a replacement. I don’t know who he is, have some friends. However, that decision will be taken only after going to Australia.

India need to find a way to sort out the bowling issues. Also check what other opportunities there are in the powerplay, middle overs and death overs. Still working towards it. Friends need a lot more clarity and it’s my job to do that. Many of the current team have never been to Australia. A total of 7-8 people have gone to Australia so far. That’s why we’re going there early this time. We have organized two practice matches in Western Australia. There are two more ICC practice matches,” he said.