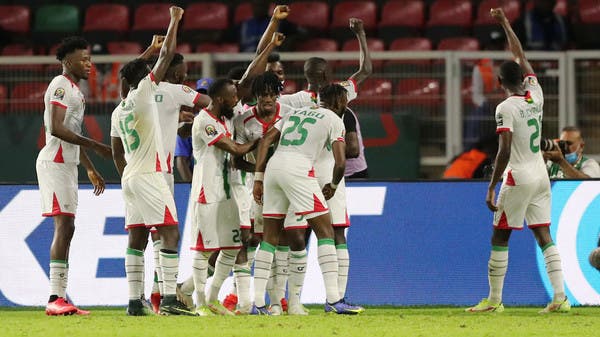 The Burkina Faso national team maintained its chances of qualifying for the round of 16 of the African Cup of Nations currently being held in Cameroon, after its 1-0 victory over Cape Verde on Thursday, in the second round of the first group matches in the group stage of the continental competition.

Burkina Faso, whose most notable achievements in the African Nations were by qualifying for the semi-finals in 1998 and 2017, won the first three points in its career in the group to occupy second place in the standings, with a difference in head-to-head matches against Cap Verde, who is equal in third place, compensating for its loss 1 – 2 against Cameroon in the opening match of the competition on Sunday.

The Burkinabe team owes a great deal of thanks in achieving this victory to its player Hassan Bandi, who scored the only goal of the match in the 39th minute.

The Burkina Faso team concludes its group matches by facing its bottom-ranked counterpart, Ethiopia, with no points on Monday, while Cape Verde plays in the last round on the same day against Cameroon, which is at the top with 6 points and has qualified for the playoffs since the current round.

It is noteworthy that the leaders and runners-up of each group will qualify for the round of 16 in the tournament, in addition to the 4 best third-placed teams in the six groups in the first round.