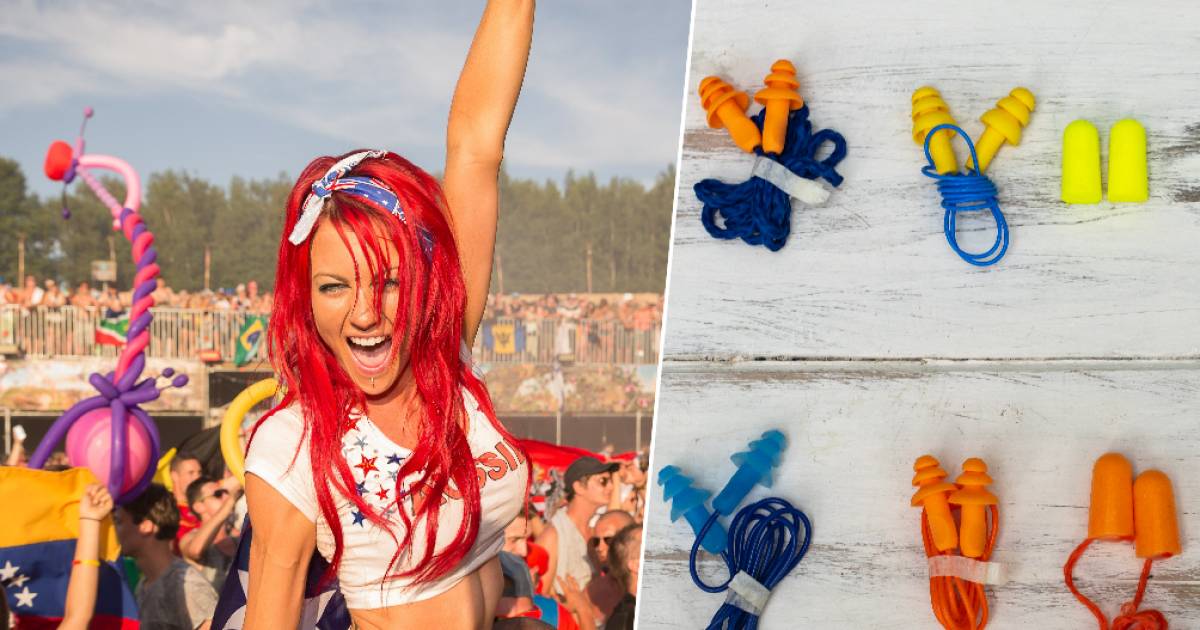 sales of earplugs are increasingHearing specialists and suppliers are seeing the sale of custom earplugs increase significantly. More and more young people with noise-induced hearing loss, tinnitus (ringing in the ears) and other forms of hearing damage are visiting a hearing care professional, shopkeepers note. In a letter to the cabinet, patient organization Hoormij/NVVS requests a meeting with State Secretary Maarten van Ooijen (Public Health) to discuss the issue. The ministry confirms that the letter has arrived.

In addition to doctors and audiologists, hearing care professionals are also seeing an increase in the number of young people with hearing problems. “The signals from the doctors are very recognizable to us,” says a spokesman for Hans Anders. “It is a worrying and distressing trend. Young people who come to our store think they can solve it by buying a hearing aid with noise marker. And although that does have an effect, it is not the ultimate solution and we do not solve the problem with it.”

Hearing professionals endorse the message from doctors that good hearing protection is the most important thing to suppress hearing damage. We are on the right track in that regard, says trade association De Quality Audiences. “The demand for hearing protection is higher than before the crisis,” said a spokesperson. “Corona caused a temporary drop in demand, but this year we are really seeing demand increase as a result of higher consumer awareness.”

Figures confirm this. At Schoonenberg, the sale of custom earplugs has increased by about 34 percent this year. At Hans Anders this is about fifteen percent. It is currently so busy at hearing specialist Audinc that the website contains a disclaimer warning about a longer delivery time. “It seems as if the media attention of the past few weeks has given many people a last push. The public debate has now really started. Our phone is red hot,” said a spokesperson.

Tinnitus doesn’t have to be lifelong trauma

The TinnitusFree Foundation is relieved that the subject of hearing damage and tinnitus is ‘finally’ on the political agenda, but founder Frank van Hoorn (65) is also wary of unrest. “It is good that we all keep our ears sharp, but there is no reason for blind panic now.” According to Van Hoorn, the impression is now being created that tinnitus patients are living with lifelong trauma. “That’s really not the case. Most people learn to live happily with it. It is said that there is nothing that can be done, and that may be true medically. But there are plenty of therapies that teach you to get tinnitus under control. A healthy lifestyle and good nutrition can also work wonders.”

Van Hoorn (65) also has severe tinnitus. He hears a continuous high-pitched whistle at 80 decibels, about as loud as a normal conversation. “I can live with it, as long as I don’t think about it all the time,” he says. ,,It is especially important to stay away from all the bullshit on the internet. It is terrible to see how many quacks are active in this sector. Talking about it with your loved ones and acceptance are the most important elements in the coping process.”

The TinnitusFree Foundation focuses on fundraising and campaigns to accelerate the search for a cure for tinnitus and to increase awareness and prevention of tinnitus.

Earplug supplier Comfoor also expects a run on the sale of hearing protection products due to all the attention. “We are not yet seeing the effect immediately, but we do notice that there are awareness is created, which ensures that private individuals, potential customers, get moving, partly through media coverage.” That awareness is necessary, says a spokesperson for Schoonenberg. “We see more people with tinnitus complaints in the store. What we also experience is that there is still a lot of ignorance about possible ways to relieve tinnitus. We are aware of this and want to do something about it.”

Schoonenberg therefore regularly organizes meetings about tinnitus. “As soon as we announce something like this, we get a lot of reactions and hundreds of registrations. That indicates that there is a very large group that has to do with tinnitus.” What Schoonenberg also notes is that the hearing care professional is receiving more and more new and younger hearing aid customers.

State Secretary Maarten van Ooijen (Public Health), like doctors and audiologists, is concerned about hearing damage, especially among young people, mainly due to loud music. The Ministry of Health has been focusing on the prevention of hearing damage for years, but more needs to be done, says Van Ooijen. This includes lowering the maximum permitted noise level at festivals.

This point is hotly debated among experts. In an extensive blog post, the experienced audiologist and psychologist René van der Wilk questions the fact that loud music is an important driver of tinnitus. “Most studies that have been done into this do not show that,” Van der Wilk writes. According to him, it is important that the information provided by scientists is ‘evidence-based’ and not ‘suggestive or hearsay’. “Non-evidence-based information can ultimately come at the expense of one’s own credibility.”

Experts say that making ‘evidence-based’ statements about hearing damage caused by music ‘is impossible’. “Damage does not always occur immediately or people do not go to the doctor immediately,” says ENT doctor Dennis Kox. “I think it’s clear to everyone that music has an influence and we should try to limit the damage where we can.”

Audiologist Dyon Scheijen speaks of ‘bad’ texts. ,,What stings me is the doubt that is aroused as if there were no problem in the music world and that something is just being shouted. Any sane person knows that if you go into a room and for the first 15 minutes you think ‘this hurts the ears’, that’s not okay.”

The royally awarded audiologist Jan de Laat: ,,It is clear that too much and too loud music noise can cause hearing damage, which is more common today than in the past. Measures are needed.”

Button down in nightclubs and festivals?

In the meantime, patient organization Hoormij/VVSS is calling on the State Secretary to take action. In a fire letter, the organization argues for lowering the noise standards at music events, for expanding hearing screening in primary schools and for the prevention of hearing damage through information campaigns for young people and the elderly.

Before making any decisions, the State Secretary first awaits the Health Council’s advice. This is expected in the fall. He then decides, in consultation with the parties involved, what measures will be taken to further improve the prevention of hearing damage.

Research into earplugs and complaints after festival (2018)

Half of the Dutch people sometimes have hearing problems after visiting a festival or concert, according to research carried out by market research agency The Choice in 2018 on behalf of Alpine Hearing Protection. ENT doctor Jan van der Borden called the number of young people with hearing damage ‘appalling’.

Of the millions of festival and concert visitors in the Netherlands, 57 percent sometimes suffers from hearing problems, of which 22 percent even regularly or always. According to 92 percent, the best way to prevent hearing damage is to wear hearing protection, but despite this, 60 percent never use earplugs during a concert or festival. 95 percent of the respondents know that loud music can cause hearing damage, but 1 in 5 believe that the music volume at festivals and concerts is usually not high enough to cause damage.

Sjoerd Groot, International Marketing Manager at Alpine Hearing Protection, was not surprised at the misconceptions at the time. “It is true that with old-fashioned foam earplugs you will not have much fun at a concert or festival, but with earplugs with a music filter this is a completely different story. With this you are well protected, the music quality is guaranteed and conversations are perfectly audible.”