Bus overturns in ditch in Kashmir, 5 killed; 25 people were injured 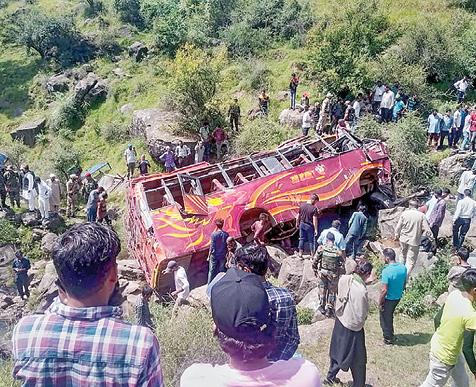 A passenger bus was traveling from Poonch area of ​​Jammu and Kashmir to Rajouri area yesterday. The driver lost control of the bus and overturned into a ditch when it reached Dari Ralyod area of ​​Rajouri district.

5 people who were traveling in the bus died. 25 people were seriously injured. The police and soldiers joined forces in the rescue operation. The injured were rescued and admitted to nearby hospitals.

Jammu and Kashmir Lieutenant Governor Manoj Sinha posted on Twitter yesterday, “My deepest condolences to the families of those who lost their lives in the Rajouri area accident. I pray for the speedy recovery of the injured. The district administration is expediting the rescue work,” he said.