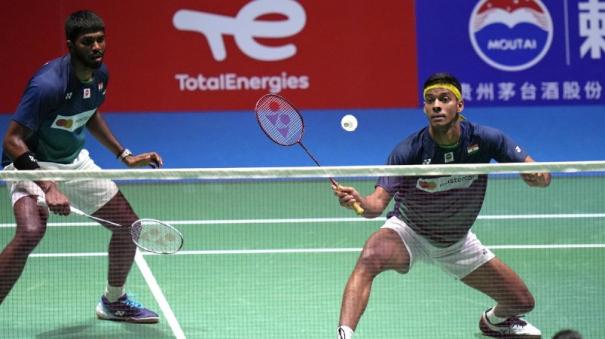 Tokyo: Shathvik Sairaj Reddy and Chirag Shetty partnered in men’s doubles to secure a medal in the semi-finals of the ongoing World Badminton Championships. A new history has been created as India wins the first medal in this category.

In the quarter-finals against Japan’s Hoki and Kobayashi, the pair won the match 24-22, 15-21 and 21-14. They play against Malaysians in the semi-finals. Indian player HS Pranai lost in men’s singles quarter finals.