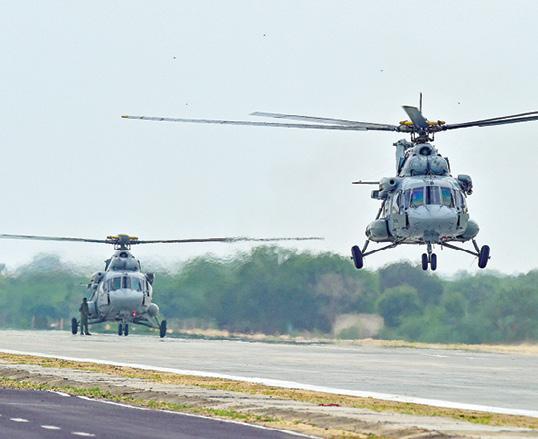 On the National Highway of Rajasthan C-130J Super Hercules The Air Force set a record by landing the aircraft in test mode. It was attended by Union Ministers Rajnath Singh, Nitin Gadkari and Air Chief Marshal Badaria.

The Sukhoi-30 MKI fighter jet, AN-32 military transport aircraft and MI-17 V5 helicopter were also successfully landed in the presence of Union Ministers.

about this Rajnath Singh Speaking, “Congratulations to everyone who worked on this project. We have seen cars, trucks and buses on the highway so far. You can no longer see the planes. This feature is very important. This is because the place went to war in 1971 (with Pakistan). The international border is located near this place. This emergency landing site is located to ensure that India is always ready to defend the sovereignty and integrity of Nat Din. This facility will not only help in war but also in carrying out rescue and relief operations during natural disasters. ”

It will be the first national highway in the country to have an emergency landing facility for Indian Air Force aircraft. Called the ‘Force Multiplier’ by the Air Force, it will add strength to its Western force capability. Pakistan is 40 km from the international border. It is located in the distance.

Near this site, 3 helicopter landings have been set up at Kundanpura, Singhania and Buxar villages. – PTI