Caio Lucas: A strong start is Sharjah’s weapon in the new season 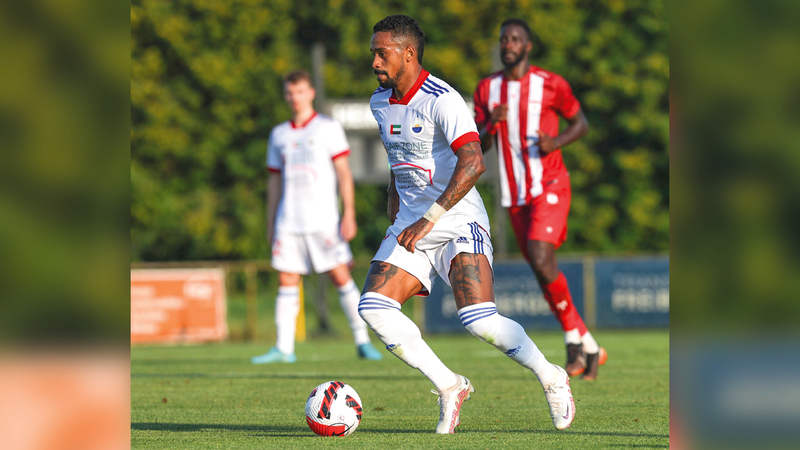 The Brazilian professional in the ranks of Sharjah Club, Caio Lucas, called on the team to register a strong start in the new season, especially in the period leading up to the start of the World Cup next November, stressing the importance of starting the league in the same way in terms of performance that the “king” finished last season, based on In his statements to the technical stability factor at the coach level and the majority of the players that succeeded together in making their way to the end of the 2021-2022 league in a strong manner that led them to second place.

Caio said in statements to the Brazilian newspaper “Lancy”, “Recording a strong start is Sharjah’s weapon to return and compete in the league title, especially since the team paid the faltering starting tax last season, and subsequently affected our chances in the championship,” explaining: “We have to start from The point on which we finished the league last season in terms of strong performance, and quickly striving to be among the leading teams, especially before the World Cup period in Qatar next November, and we have the qualifications for success that help us achieve this, most notably the technical stability factor, whether with coach Cosmin or the majority of the group The players that were able to make their way in the final stages of the 2021-2022 league to second place, taking into account that the performance of (the King) is constantly evolving.” He added, “During the summer vacation, I was keen to continue working and training with my coach, because I was convinced that the start of the season is very important, and I feel now that I am in good shape, and that I will be ready to give my best in our first matches.” He concluded: “Stability and continuity are two important factors in football. We have a harmonious group of players, and the trend is to develop our performance, and we will be more stable.” It is noteworthy that the Sharjah team suffered a faltering start last season, forcing the club’s management last November to contract with Romanian coach Olario Cosmin, to succeed former coach Abdulaziz Al-Anbari, in a contract like a positive move, led by the team to win 14 games, a draw in three, and not drink. No defeat in 17 games, and finished the season in second place with 55 points, 10 points behind Al Ain Al Champion.

Brazilian professional Caio Lucas is among a group of 24 players currently with Sharjah in the external camp in Austria in preparation for the new season. In his first season with Sharjah, Lucas played 29 matches in various local and foreign competitions, during which he scored 17 goals, including 14 goals in the “ADNOC Professional League”, and also contributed to passing decisive balls to his colleagues on eight occasions.