IndiaCall me selfish; But ..: Emperor Mithun was open-minded about joining...
India

Call me selfish; But ..: Emperor Mithun was open-minded about joining the BJP 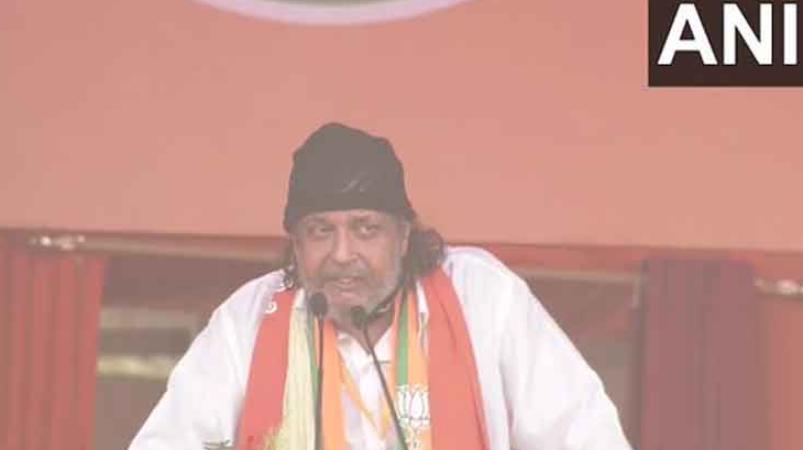 Actor Emperor Gemini Held in Kolkata yesterday BJP He formally incorporated himself into the party at a campaign meeting.
Gemini has been criticized by some as being selfish as he was already a Trinamool MP.

In this context, Mithun Chakraborty, who was open-minded about joining the BJP, said, “You can call me selfish. But behind that selfishness is my ambition to stand with the poor people. I will fight for the rights of the poor people.”

When I was 18 I had the ambition to help poor people. I will fulfill that dream even bigger now. I will earn the respect of the poor.

In the West Bengal election BJP Will definitely see great success. I have been a Trinamool MP for two years. I would say it was my wrong decision. I resigned because no one else could be responsible for my wrong decision. Don’t talk about it anymore.

Definitely in West Bengal BJP Forming the rule. Prime Minister Modi As I said, I will be very proud when the time comes for Bengal to shine with gold. “

The Enforcement Division investigated Mithun Chakraborty in connection with the Sharda financial institution scam. Mithun returned the Rs 1.2 crore given to him to be the brand ambassador of the TV channel run by the company at that time. It is noteworthy that he later withdrew from Trinamool.

West Bengal will go to the polls on the 27th of this month in eight phases.

Previous articleI had such an experience when I was 18 .. I was close to myself: Pooja Bhatt reveals secrets
Next articleFacial expression from the hairs of a decomposing corpse; Dubai police seek help to identify unidentified body