Cameroon loses the feet of its “Swiss son” Embolo 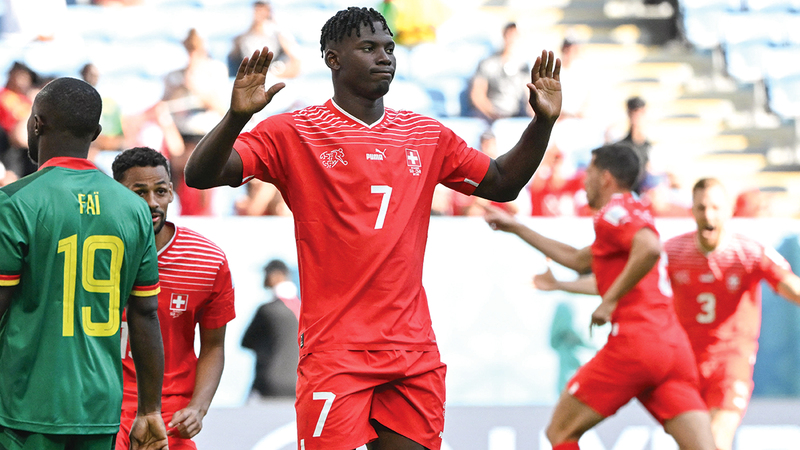 Cameroon launched its return to the FIFA World Cup finals, with a loss against Switzerland, with a goal scored by its “son” Brill Embolo, the day before yesterday, at Al Janoub Stadium in Al Wakrah, in the first round of Group G competitions within the Qatar 2022 World Cup.

Embolo, of Cameroonian origin and born in the capital, Yaounde, scored the only goal in the 48th minute, and seemed affected and did not celebrate.

Cameroon, which is participating in the finals for the eighth time in its history, was absent from the last edition in Russia, and suffered its eighth consecutive loss, and its 13th in 24 matches.

On the other hand, Switzerland, which is competing in the world championship for the 12th and fifth time in a row, achieved its 13th victory in the finals, in which it reached the quarter-finals three times.

After this victory, Swiss captain Granit Xhaka said that Switzerland could “beat anyone,” adding, “It is not a coincidence. When you look at the last 10, 12 years, you see that we were present in the main tournaments (the World Cup and the European Cup).

And he believed that «Brazil is the favorite to win the title, in my opinion. We have to cause them trouble as we did in 2018,” referring to the 1-1 draw with them in the first match of the 2018 World Cup in Russia, before beating their other rivals in the current group, Serbia 2-1, thanks to goals from Xhaka in particular and Jerdan Shaqiri.