Can the religious right be taken to school? – Supreme Court question on hijab case 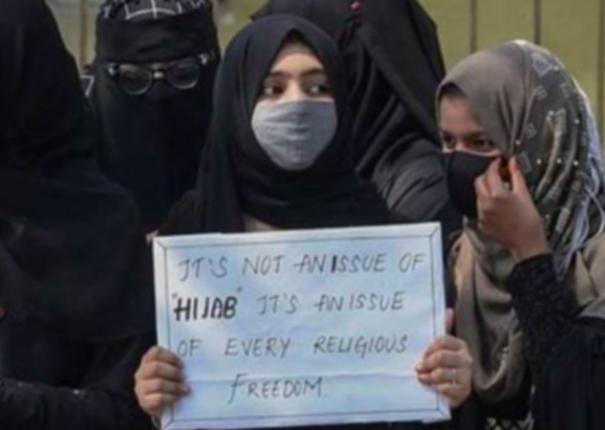 New Delhi: “An individual has the right to practice the religion of his choice. But can he carry that right to a school with a prescribed uniform?” The Supreme Court has questioned that in the Hijab case.

In Karnataka, Muslim students were banned from wearing hijab in colleges last February. The High Court of Karnataka heard the case filed by the Muslim girls against this and said, “Hijab is not an essential custom in Islamic law. Therefore, the ban imposed on wearing hijab in educational institutes will go,” the verdict was given on March 15. 6 Muslim students appealed to the Supreme Court against this. Similarly, various parties filed cases challenging the Karnataka High Court verdict.

These cases came up for hearing in the Supreme Court session yesterday (September 5). The cases came up for hearing before a bench comprising Justices Hemant Gupta and Sudashu Dhulia. Then the Supreme Court said, “You may have religious right. Depending on that you can follow any practice you want. But is it right to take the practices you follow to a school that has a prescribed uniform in the name of religious right?” asked that. The court put this question to senior advocate Sanjay Hegde, who appeared for the petitioners.

At the time, it was argued that banning the hijab could affect female education. Responding to that, the judges said, “The state government has not denied the right to hijab. It only says that the girls should wear the school uniform when they come to school and college.” Advocate Sanjay Hegde said, “The decision of the Supreme Court in this case will have an impact on the education of the majority of the society.”

State Additional Solicitor General KM Nataraj said, “The scope of this issue is small. It depends on discipline in educational institutions.” To which the Supreme Court said, “Explain how a girl wearing a hijab to school can spoil the discipline of the school.” To which Additional Solicitor General Nataraj said, “Can’t a person assert his religious right to religious practice and say that I will violate the rules and regulations of the school?”

Karnataka State Advocate General Prabuling Navatki then intervened and said, “Educational institutions, not state governments, make their own uniforms. The government does not control the rights of students.”
Senior advocate Rajeev Dhawan, who appeared in the case, said, “This is an important issue under Article 145 (3) of the Constitution. So it is important how many judges the bench hears it.”

The judges then opined that “Whether the wearing of hijab is a mandatory practice under Article 25 can be approached in a different way. It may be necessary or not. What we want to say is, can we insist on following religious symbols in government educational institutions? Because the preamble of our constitution states that our nation is secular.” presented.

To that, lawyer Rajeev Dhawan said, “The whole world will listen to the verdict of this court in this case. This fire is very important.” The court asked, “If the Karnataka Education Act does not prescribe any dress code for students, can students come in midi or mini skirts?” Responding to that, lawyer Hegde said that the administrative activities of the state government should not be considered as violation of fundamental rights.