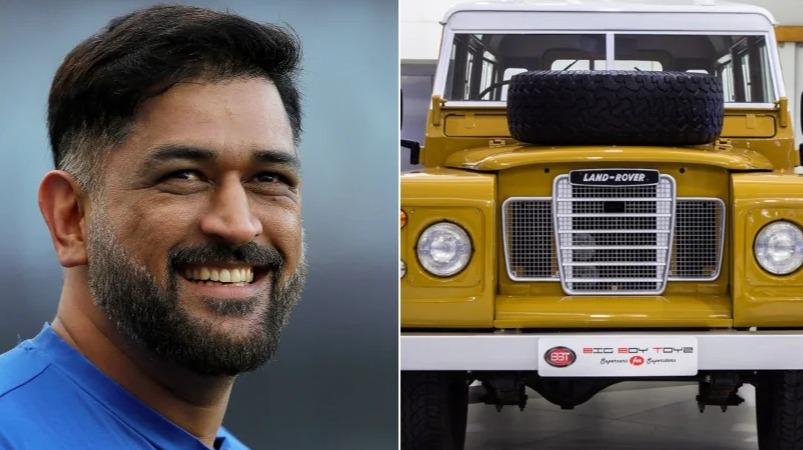 MS Dhoni and his love for bikes and cars is no secret. Car Beloved Dhoni has bought many types of cars for his use. Now the new addition to that line is the ‘Land Rover 3’ model car. Big Boy Toyz has auctioned off vintage and classic cars from world-renowned companies online. The auction featured 19 exclusive classic cars from Rolls-Royce, Cadillac, Buick, Chevrolet, Land Rover, Austin and Mercedes-Benz.

MS Dhoni participated in the auction and bought a Land Rover Series III station wagon. This Car Made in 1971. The company that conducted the auction has refused to disclose the price of the Land Rover car that Dhoni bought.

Speaking on the auction, Big Boy Toys founder Jatin Ahuja said, “Vintage Car And owning a classic car is as unique as owning a painting and owning an artwork. All over the country who love vintage and classic cars Car It also targeted activists. “