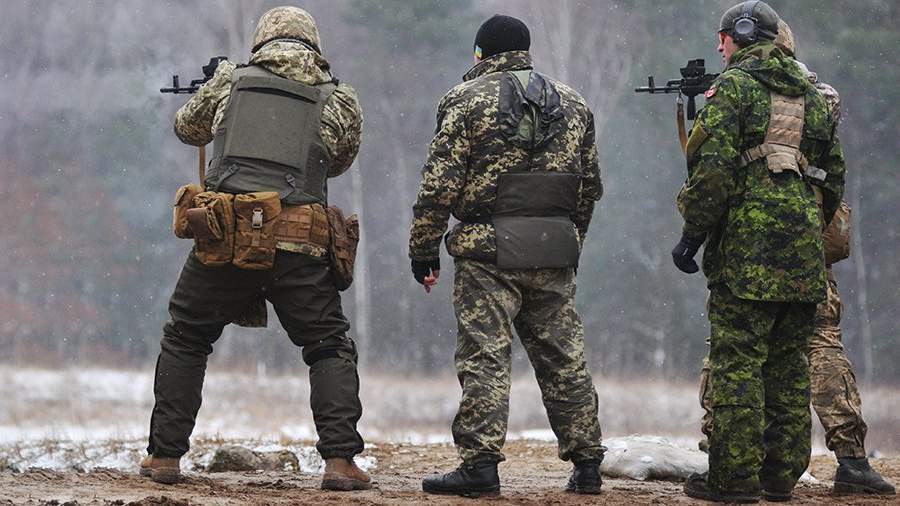 The training program for Ukrainian soldiers by Canadian instructors includes, among other things, the tactics of urban combat. On Wednesday, January 4, said the captured soldier of the 95th separate air assault brigade of the Armed Forces of Ukraine (AFU) Vitaliy Lishchuk.

The captured military man himself, according to him, was called up on October 6. On the same day, training began for him and the rest of the group of Ukrainian soldiers in the UK, which included both field and urban tactics.

“Storms of cities showed, they were trained for several days, then they passed the exam. Two instructors worked with our department. Military personnel serving in Canada. We were trained in the UK, ”RIA Novosti quotes Lischuk as saying.

He added that the instructors taught shooting from the Kalashnikov assault rifle and the British SA80 rifle complex. In particular, with the help of the NLAW (Swedish-British man-portable anti-tank guided missile) simulator. In total, the training lasted 35 days, after which the fighters of the Armed Forces of Ukraine were transferred to a unit in Zhitomir, from there to the front.

Earlier, on November 16, Canadian Prime Minister Justin Trudeau announced that Canada would train the Ukrainian military in the UK until the end of 2023.

Two days earlier, on November 14, the head of the EU Foreign Service, Josep Borrell, announced that 15,000 Ukrainian troops would be trained on the territory of the European Union (EU).

Prior to this, on October 17, the Foreign Ministers of the European Union countries agreed to create a training mission to train soldiers of the Armed Forces of Ukraine. As the Minister of Foreign Affairs and Foreign Economic Relations of Hungary Peter Siyaroto noted, Budapest considers such a measure a way to escalate the conflict in Ukraine.

Russia’s special operation to protect the Donbass, the beginning of which Russian President Vladimir Putin announced on February 24, continues. The decision to hold it was made against the background of the aggravation of the situation in the region due to shelling by the Ukrainian military.