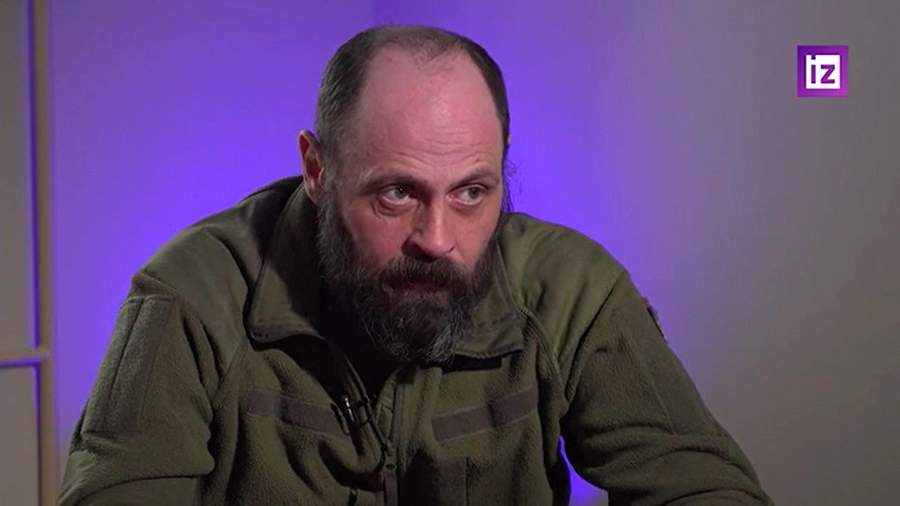 His unit barricaded itself on the territory of the Azovmash plant in Mariupol. There they were left practically without supplies.

“At first, two helicopters flew in, then one was blown up. So they ate what they found. What was found. The rest were eaten. They cooked porridge, ”Kabanov shared.

At the same time, they were promised on an ongoing basis that help would come soon, but all this was limited to words, the source recalls.

“The commanders said that they were coming to help us. Wait. And so it went on. The words are the same. Dates have changed,” he said.

Kabanov believes that Kyiv may have actually planned to rescue them at first, but ultimately decided to simply leave them to their own devices.

“I do not know even. At first they might have thought. And then they just threw it away, that’s all, ”he notes.

On May 8, the captured commander of the 36th Separate Marine Brigade of the Armed Forces of Ukraine, Colonel Vladimir Baranyuk, told how Kyiv had deceived its military. He said that the servicemen were urged to hold on and talked about deblocking, but as a result, the soldiers had no ammunition left. When they attempted to break out from the territory of Azovmash, they failed.

On the same day, the captured Ukrainian soldier Igor Sherstuchenko said that his comrades-in-arms fled the battlefield and abandoned him along with his comrades.