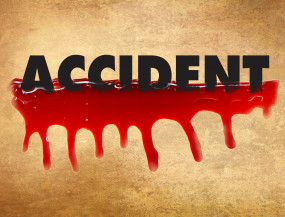 One survivor is still being treated at Pangkep Hospital, Sustini said. The bodies of all the five deceased, including the driver and the three-year-old child, have been recovered.

Authorities are investigating the cause of the incident, but believe it was caused by bad weather. Indonesia has been experiencing heavy rains and strong winds since December, leading to disasters such as floods and landslides.