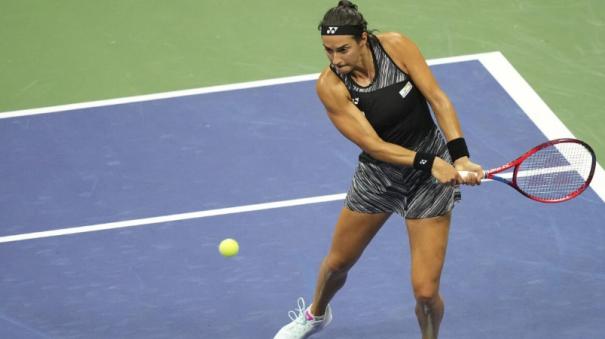 Chennai: The Chennai Open Women’s Tennis Tournament will be held from 12th to 18th at STAD Tennis Stadium, Nungambakkam, Chennai. Out of the 32 participants in the singles category, the qualifying round will be held for 6 places.

The qualifiers will start today (10th) and will be held for two days. 24 players are participating in this. Sai Shamarti, Lakshmi Prabha Arun Kumar, Saujanya Bavishetty, Rhea Bhatia, Ruduja Bhosle will be participating from India. The match starts at 10 am.

India’s No. 3 seed Ruduja Bhosle takes on Chinese Taipei’s Liang. Rhea Bhatia takes on Lithuania’s Justina Mikulskaite and Saujanya Pavishetti against Japan’s Kyoka Okamura. Sai Shamarti from Tamil Nadu is competing with Japan’s Nao Hibino, Lakshmi Prabha Arunkumar and Japan’s Yuki Naito. The 6 players who win two matches in the qualifying round will advance to the main round.

Meanwhile, France’s Caroline Garcia and Belgium’s Elise Mertens, who were to participate in the main round, have withdrawn from the Chennai Open series. Garcia, the 17th seed, had lost in the semi-finals of the US Open. Due to travel schedule, he could not attend the Chennai Open. Meanwhile, Mertens withdrew due to injury. Due to their withdrawal, Canada’s Carol Zhao and Greece’s Despina Papamissile advanced to the main round.