Carrick: The victory over Villarreal will raise the morale of the United players 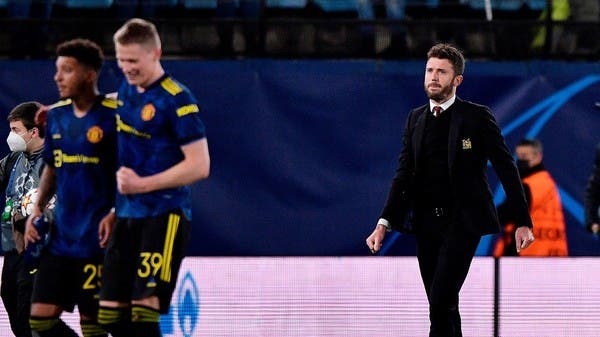 Interim Manchester United coach Michael Carrick confirmed that a 2-0 win over Villarreal in the Champions League on Tuesday would give players a boost after a string of poor performances that led to the sacking of coach Ole Gunnar Solskjaer.

United qualified for the last 16 after winning their first in four games in all competitions, and Carrick, who is taking over temporary responsibility after Solskjaer was sacked on Sunday, said the victory came only because of the players.

“It wasn’t because of me that the win happened at all,” Carrick said. “I have a responsibility to be here and manage the team, and I do it with pride. The last days have been emotional.” The first person I contacted when it happened and Ed Woodward, executive vice president of United, asked me to take over, was first to know what he thought of it, because I felt it was the right thing to do.

He continued, “The result will give a huge boost after the last results and it cannot be hidden.” Having the feelings of winning a match will help the players. I am happy.

United occupies eighth place in the English Premier League with 17 points from 12 matches, and will host leaders Chelsea next Sunday.