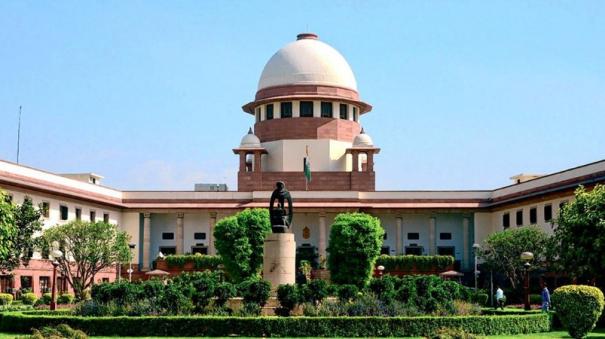 New Delhi: The Supreme Court has announced that the cases filed against the caste-wise census in Bihar will be heard on the 20th as urgent cases.

Meanwhile, a social activist named Akhilesh Kumar has also filed a case in the Supreme Court against the caste-wise census. In his petition, he said, “The state government’s notification ordering caste-wise census in Bihar is illegal, questionable, retrogressive and unconstitutional.”

Bihar Deputy CM Description: Meanwhile, Bihar Deputy Chief Minister Tejaswi Yadav, speaking to reporters about the cases filed against the caste-wise census, said, “This is not a caste-wise census; Caste wise survey. It provides information about the economic status of the people. If this enumeration is wrong, then the enumeration of Hindus, Muslims, SCs, STs, animals is also wrong. The resolution for this survey was passed unanimously in the Assembly. BJP has also supported it. It is on that basis that the order was issued,” he said.

Bihar Chief Minister’s speech: Caste wise census in Bihar started on 7th. Chief Minister Nitish Kumar inaugurated it in the capital Patna. Speaking at that time, he said, “Everyone will get benefits through caste census. This will enable the government to work towards helping the most disadvantaged. Once the survey is completed, the information will be sent to the central government. The details of how many people belong to each religion and each caste will be collected through this. Appropriate training has been given to the officers engaged in this work,” he said.

Central Government Census: The details of Scheduled Communities are collected in the Census conducted by the Central Government every 10 years. Details of other castes are not collected. In this case, it is noteworthy that for the first time in Bihar, the caste-wise census has been started.