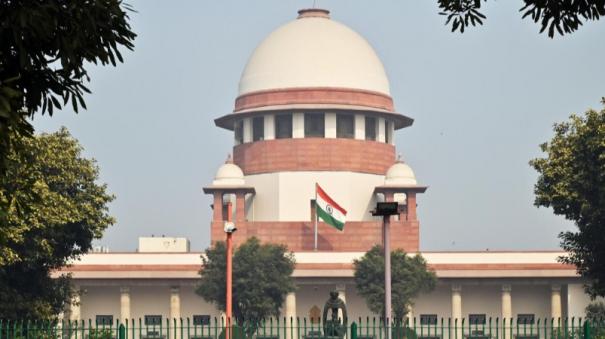 New Delhi: The Supreme Court has ordered the central government to respond to the petitions filed regarding the declaration of marital rape, where the husband engages in sexual intercourse against the wife’s consent as a crime.

A bench headed by Chief Justice DY Chandrachud, comprising Justices PS Narasimha and JP Pardiwala said that the central government should respond to the petitions by February 15, and the final hearing on these petitions would be on March 21. It has been ordered to commence from the date

One of the petitioners in the case, Khushboo Saifi, had filed an appeal in the Supreme Court against the different judgment passed by a two-judge bench of the Delhi High Court in the case related to the decriminalization of marital rape.

Earlier, the Delhi High Court had given a different verdict in a related case in May last year. The case in this regard came up for hearing in a Divisional Bench headed by Justice Shaktek. A bench comprising Justices Rajiv Sakdev and Hari Shankar heard the case. The two judges had given a different verdict. However, they accepted that there were various legal questions that needed to be heard by the Supreme Court and allowed the case to be appealed to the Supreme Court.

“It is unfortunate that even after 162 years of the Indian Penal Code being unconstitutional, the voice of a married woman remains unheeded. This exception under the Sexual Rape Act is not against the political system and needs to be understood a little more clearly,” Justice Shaktek had mentioned in his judgment.

In one such case, the Karnataka High Court had ruled on March 23 last year that granting immunity to a husband on charges of having sexual relations against his wife against her will and against nature is against Article 14 (all are equal before the law) of the Constitution. The aggrieved husband has filed a petition in the Supreme Court against this. Similarly, some more petitions have been filed in the Supreme Court regarding this issue.

Some of them have argued that providing an exception for marital rape under Section 375 (sexual assault) of the IPC is discriminatory against married women who are sexually assaulted by their husbands.

Section 375 of the IPC makes an exception that sexual intercourse by a husband with his wife does not amount to rape if the wife is not a minor.