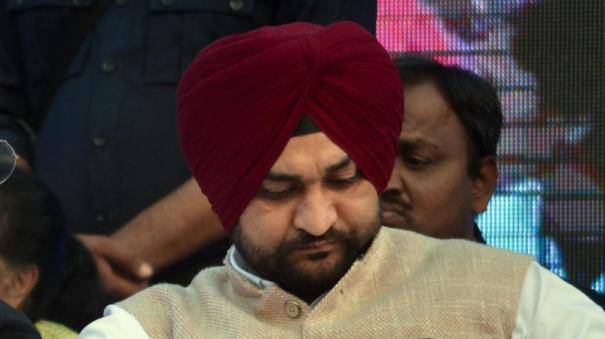 Haryana is ruled by BJP. Sandeep Singh was responsible as the Sports Minister of the state. In this case, last Friday, a female athletic trainer made sexual allegations against Sandeep Singh.

The female coach met reporters at the office of the opposition Indian National Lok Dal and publicized the sexual assault of minister Sandeep Singh.

“Minister Sandeep Singh first contacted me on Instagram. He said that my sports certificate is pending and I need to meet him in person regarding this. I went to meet the minister at his house with other documents. Then he transgressed sexually. He kept texting me and threatening me. He sexually harassed me last February to November. Therefore, appropriate action should be taken against him,” he said.

The incident has created a stir in Haryana’s political circles. In this case, the Chandigarh police registered a case against Sandeep Singh under the sexual harassment section yesterday. Subsequently, Sandeep Singh resigned as minister.

Regarding the sexual complaint, Sandeep Singh said, “The complaint has been filed with the intention of tarnishing my name. “I am confident that the truth will come out in the investigation,” he said

Sandeep Singh, a hockey player, has been the captain of the Indian hockey team. Under his leadership the Indian team has won various trophies. A movie ‘Soorma’ was released in 2018 focusing on his life.

Based on his fame in the field of sports, it is noteworthy that Sandeep Singh won the 2019 Haryana state assembly election by contesting on behalf of the BJP.

Then he said, “Many times I have condemned the transgression of Minister Sandeep Singh. On top of that, he continued to sexually harass me.

How long does a woman stay silent? The time has come to raise your voice. If he is arrested, other women who have been victimized by him will also come forward bravely to share the cruelty they have experienced,” he said.