WorldCassation on a stone: why the court upheld the sentence to Efremov
World

Cassation on a stone: why the court upheld the sentence to Efremov 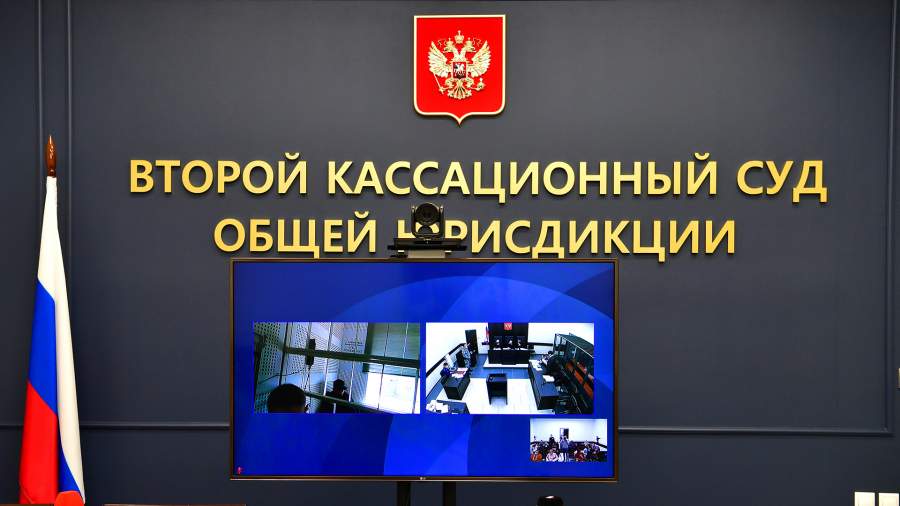 On September 15, the cassation court upheld the verdict to the actor Mikhail Efremov, who on June 8, 2020 became the culprit of the fatal accident. The artist pointed out health problems and asked to mitigate the punishment. However, the court did not find these arguments convincing. Efremov’s lawyers are dissatisfied with the decision, but have not yet come to a conclusion about what the further line of defense will be. Lawyers interviewed by Izvestia believe that Efremov had few chances of getting his sentence commuted – society opposes excessive loyalty to the actor. Izvestia examined the details of the high-profile case.

“Not a positive person”

The second cassation court in Moscow upheld the sentence to the actor Mikhail Efremov, who is serving time in the general regime correctional colony IK-4 in the city of Alekseevka, Belgorod Region, due to a fatal traffic accident… It happened on June 8, 2020 on Smolenskaya Square in Moscow. Then the actor’s SUV flew into the oncoming lane and collided with the Lada van, the driver of which, Sergei Zakharov, died from his injuries. The actor was sentenced to 7.5 years in prison… Alcohol and traces of drugs were found in his blood.

On June 22, 2021, Mikhail Efremov’s lawyers Roman Filippov and Pyotr Kharkhorin asked to ease the punishment of their client, indicating that the sentence did not fully take into account the circumstances mitigating the artist’s guilt. On Wednesday, September 15, Mikhail Efremov’s cassation appeal against the verdict was considered.

Efremov admitted that his life “went downhill” in 2019 after his mother, actress Alla Pokrovskaya, and then “theatrical mother”, artistic director of the Sovremennik theater, Galina Volchek, died. According to the artist, it was then that he began to have serious problems with alcohol.

“The tragedy was my fault. She crushed me morally, ”Mikhail Efremov said during his speech in court via video link.

In a cassation appeal Efremov’s lawyers noted that he fully compensated the injured relatives of the driver who died in the accident for moral and material damage (in the amount of 4.6 million rubles), repented of what he had done, and before the accident he actively participated in public life, was engaged in charity work, received many gratitude and state awards. In the colony, there was not a single comment against him. – on the contrary, only rewards for impeccable work and decent behavior.

Opponent at the trial was the prosecutor’s office, which sent objections to the mitigation of the artist’s punishment to the court of cassation. In the document, the prosecutor recalled that Efremov was repeatedly brought to administrative responsibility for violation of traffic rules, therefore he cannot be a “positive personality in all respects.”as the defenders assure. Besides, the prosecutor’s office opposed the transfer of the actor to a colony-settlement, since this would not contribute to his correction and “restoration of justice”…

“I consider it necessary to say that Mikhail Olegovich cannot benefit society, in principle, due to the deterioration of his health,” the state prosecutor noted at the court session.

As a result, the actor was denied the satisfaction of the cassation appeal., delivered the verdict of the judge.

The actor’s defenders are unhappy with the court decision, one of Mikhail Efremov’s lawyers, Pyotr Kharkhorin, told Izvestia.

– I think that our client is also upset, as he counted on a manifestation of mercy. Alas, it didn’t work out, – the lawyer noted. He still found it difficult to say about further actions of the defense.…

– It is necessary to discuss this with Mikhail Olegovich, to go to his colony, which I will do in the near future, – the lawyer explained.

He added that Efremov already “no longer has a trace of alcohol addiction.”

And society is against

The cassation court had no reason to mitigate the sentence to Mikhail Efremov. The punishment was assigned to him taking into account the degree and nature of the public danger of the offense., said Maria Spiridonova, a member of the Russian Bar Association, managing partner of Leges Bureau.

– When passing the verdict, the court of first instance took into account that the actor has two young children, that he had not been previously tried, was not noticed in anything particularly reprehensible, during the preliminary investigation he pleaded guilty to committing a crime, repented of what he had done, as well as other circumstances … But we must take into account that at the time of the accident, Efremov was in a state of both alcoholic and drug intoxication – and generally abused alcohol, was repeatedly brought to administrative responsibility. Therefore, making a decision regarding the place of serving the sentence (in a general regime correctional colony) corresponds to the nature of the crime, the expert noted.

However, Honored Lawyer of Russia Ivan Soloviev, in turn, said that quite often people who have been found guilty of such crimes (manslaughter due to an accident) are transferred to a colony-settlement…

– Of course, relying on this practice, the defense is trying to achieve the same for Mikhail Efremov. A settlement colony is a completely different story. There is no barbed wire fence, no angry dogs, a tough daily routine, a person can go outside the colony, relatives can come to him. Honestly, in comparison with the correctional colony, this is a resort, so Efremov’s lawyers are seeking his transfer there, – the lawyer noted.

Nevertheless, the prosecutor’s office gave sufficiently reasoned arguments against the commutation of the sentence.he pointed out.

– In addition, now society is not ready to mitigate punishment for Efremov. There was a public request for a famous actor to receive the same term as would be given for such an act to an ordinary person. Now Efremov is in a closed institution and is unable to consume alcohol and illegal substances. Maybe he will really improve, change his life, return to society. That’s why the court now has no reason to review the sentence, – the expert noted.

A Mikhail Efremov will have the right to parole only after he has served at least 2/3 of the sentence… At the same time, both the behavior of the convicted person and the position of the victims are taken into account, emphasized the lawyer, head of the criminal practice of BMS Law Firm Alexander Inoyadov.