Celebrations spread in Basra after Iraq qualified for the Gulf 25 semi-finals. 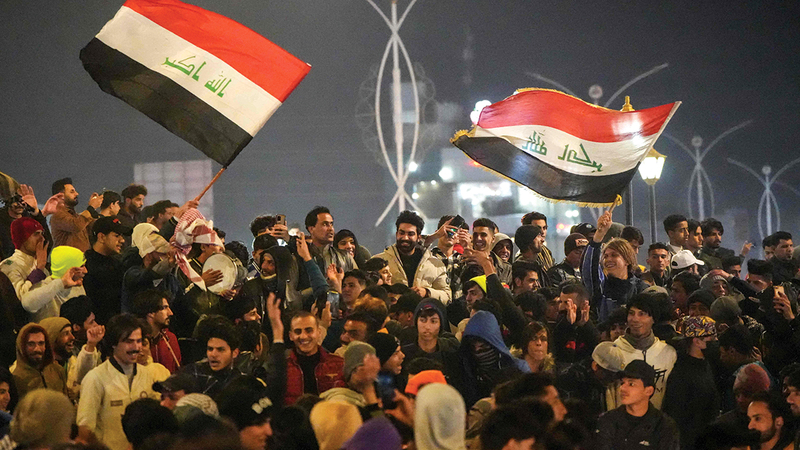 Celebrations spread in the Iraqi city of Basra, rejoicing at the Iraqi national team’s qualification to the “Gulf 25” semi-finals the day before yesterday, and the great 5-0 victory over the Yemeni national team at the end of the team’s march in the group stage. The Iraqi national team seeks to exploit the elements of the land and the public to win the fourth title in its Gulf career and its first in 35 years. The masses celebrated in the squares designated by the city to watch the matches on huge screens, and on the Arab Corniche beach. The Gulf football event, which has been absent from Iraq for 44 years, is witnessing an unprecedented public presence in the Basra International Stadium (65,000 spectators) and the Olympic Port (30,000 spectators). No match has so far been devoid of a full-fledged audience, which indicates that a record attendance has been achieved by the end of the competitions of this edition.