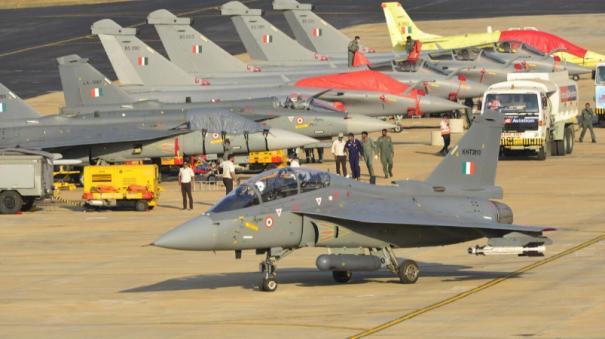 Prime Minister Narendra Modi chaired a meeting of the Union Cabinet on Defense yesterday in Delhi. Tejas 2.0 fighter jet project was approved. An allocation of Rs 10,000 crore was also approved for the project.

The central government’s Hindustan Aeronautics Company is manufacturing the Tejas MK1 fighter jets. The Air Force has awarded a contract to manufacture a total of 123 Tejas fighter jets. Of this, 30 aircraft have been handed over to the Air Force.

In the next step, the central government has given permission to the Defense Research and Development Organization (DRDO) and Hindustan Aeronautics to implement the Tejas 2.0 project. Sources in the central defense department said that the Tejas Mark 2 model aircraft will be ready in the next 3 years and production will start in 2030.

The Tejas Mark 1 aircraft currently in the Air Force has a weight of 3 tons. The Tejas Mark 2 aircraft will weigh 4 tonnes. It will be equipped with sophisticated weapons and radars.

Mirage 2000, Jaguar and MiG 29 aircraft in use in the Indian Air Force are frequently involved in accidents.

In this case, Air Force Commander VR Chowdhury said: Old fighter planes are being phased out in the Air Force. They are being replaced by indigenously manufactured Tejas fighter jets. There are currently 30 Tejas aircraft in service. The strength of the force will further increase with the addition of Tejas Mark 2 fighter jets.

Air Force Day is going to be celebrated on the 8th. 10 indigenously manufactured Rudra helicopters are to be handed over to the Air Force that day. Rudra Helicopters has been in service since 2013. Army plans to buy 95 more Rudra helicopters.