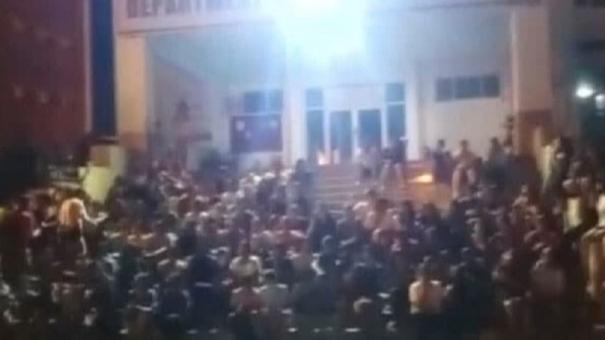 Chandigarh: A student of the women’s hostel of Chandigarh University in the state of Punjab has caused a lot of protest and tension due to the issue of publishing private videos of her fellow students. The police have arrested the concerned student in this regard.

Meanwhile, the police denied reports on social media that many female students had committed suicide in the university.

In this regard, Mohali police chief Vivek Soni said in an interview, “In our search so far, we have found only one self-video of the accused girl. Apart from that, no other videos have been found. The electronic devices and mobile phones of the arrested student have been seized and sent for forensic examination. None of the students committed suicide in this matter.” “No. So no one should believe rumours. Only one student fainted due to stress. Only she was taken to the hospital,” he said.