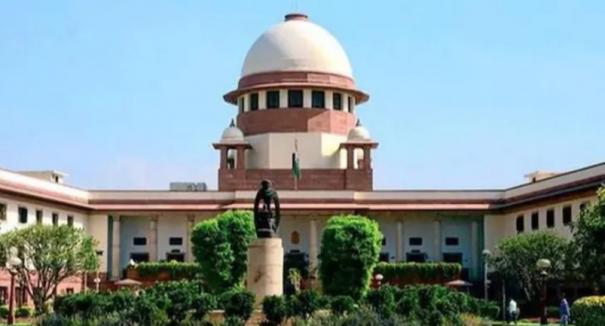 New Delhi: North Indian TV channel Sudarsan News is telecasting a program called UPSC Jihad. A case has been filed against this in the Supreme Court.

Similarly, various petitions have been filed in the Supreme Court regarding hateful comments of political leaders and divisiveness on social media. These are being investigated as a single case. The case came up for hearing yesterday before the bench of Justice KM Joseph, Justice Nagaratna.

Additional Solicitor General KM Nataraj appeared and argued on behalf of the Central Government. He says, “The media is practicing self-regulation. The central government intervenes and takes action when national interest and national security are affected. The government is mulling amendments to the law to prevent political leaders from making hate speech. Parliament will decide on the amendment bill in this regard,” he said.

The Supreme Court has appointed senior advocate Sanjay Hegde as the mediator in the matter. He submitted five pages of recommendations to the Supreme Court regarding amendments to the law to prevent television channel and hate speech.

After this, Justices Joseph and Nagaratna said: “Hate speech has become a huge problem.” To prevent this, the Criminal Procedure Code should be amended.

Television channels are creating division in the society on various issues. There is an organization called Press Council of India for print media. Why has the central government not taken steps to create a similar system for electronic media?

The television media is conducting a separate investigation into the case of a passenger urinating on an Air India flight. An accused person is an undertrial. In what way is it fair for the media to portray him as a criminal even before that?

What action is taken against moderators who conduct controversial discussions? TV channels should operate neutrally. The judges said this emphatically.

The judges ordered notices to be sent to the central government and all the state governments to file their reply regarding the cases.