Chaos on A27 near Utrecht after chain collision with trucks, road closed for now 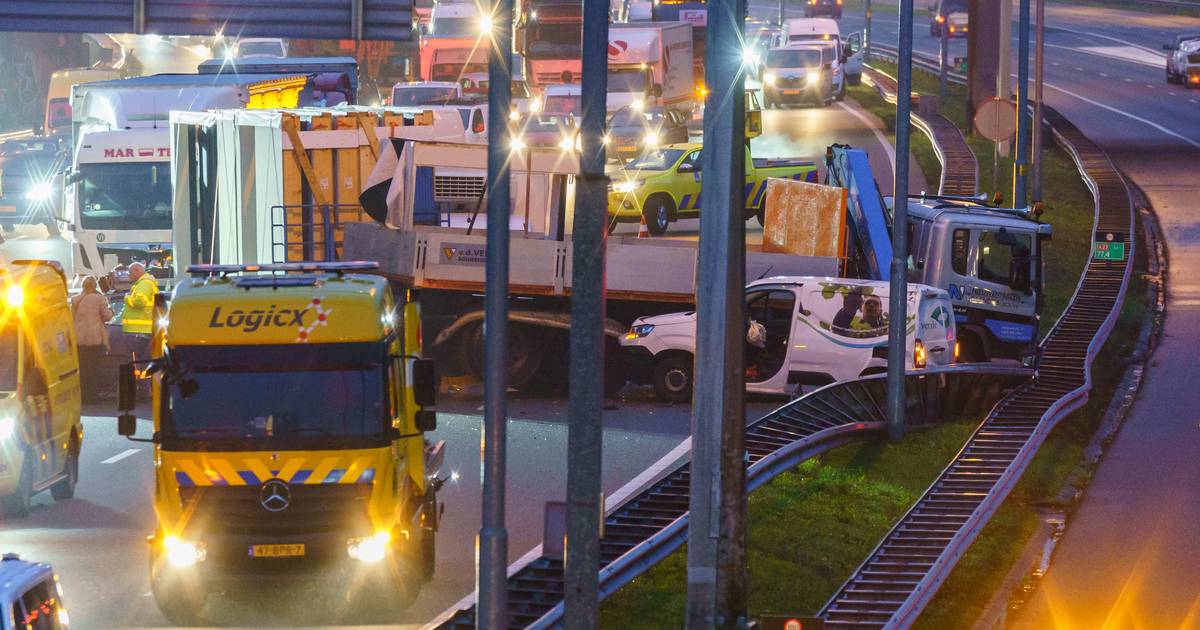 The A27 in the direction of Hilversum has been closed due to a chain collision with three trucks and a few passenger cars. Due to the accident, traffic was ‘completely stuck’ on Monday morning, the ANWB reports. Two people were injured and taken to hospital.

It is unclear how the accident happened. A lorry crashed into the crash barrier, surrounded by two damaged passenger cars and a delivery van. Repairing the damage to the crash barrier and clearing the vehicles will take a long time. In both directions, but also on the detour routes, there were long traffic jams on Monday morning. According to the ANWB, the road will probably remain closed until early afternoon.

Rijkswaterstaat advises road users traveling to Utrecht from the south to avoid the A2, A12, A27 and A28 motorways because of traffic jams. The service advises motorists to check the traffic information before departure.

The new working week started today with a ‘quite busy’ morning rush hour, ANWB reports. At its peak, around 08:00, it counted 151 traffic jams with a total length of more than 780 kilometers. A colleague from Rijkswaterstaat Traffic Information speaks of a ‘spicy rush hour, with a striking number of accidents’.

There were also major delays after accidents and breakdowns on the A2 towards Den Bosch at the Martinus Nijhoff bridge, the A58 at Etten-Leur (towards Breda) and on the A6 (towards Lelystad) at Lelystad-Noord and also on the inner ring road of Amsterdam for junction De Nieuwe Meer. Long traffic jams on the A4 towards Amsterdam at Roelofarendsveen and on the A15 at Sliedrecht-West will resolve once the road has been reopened.