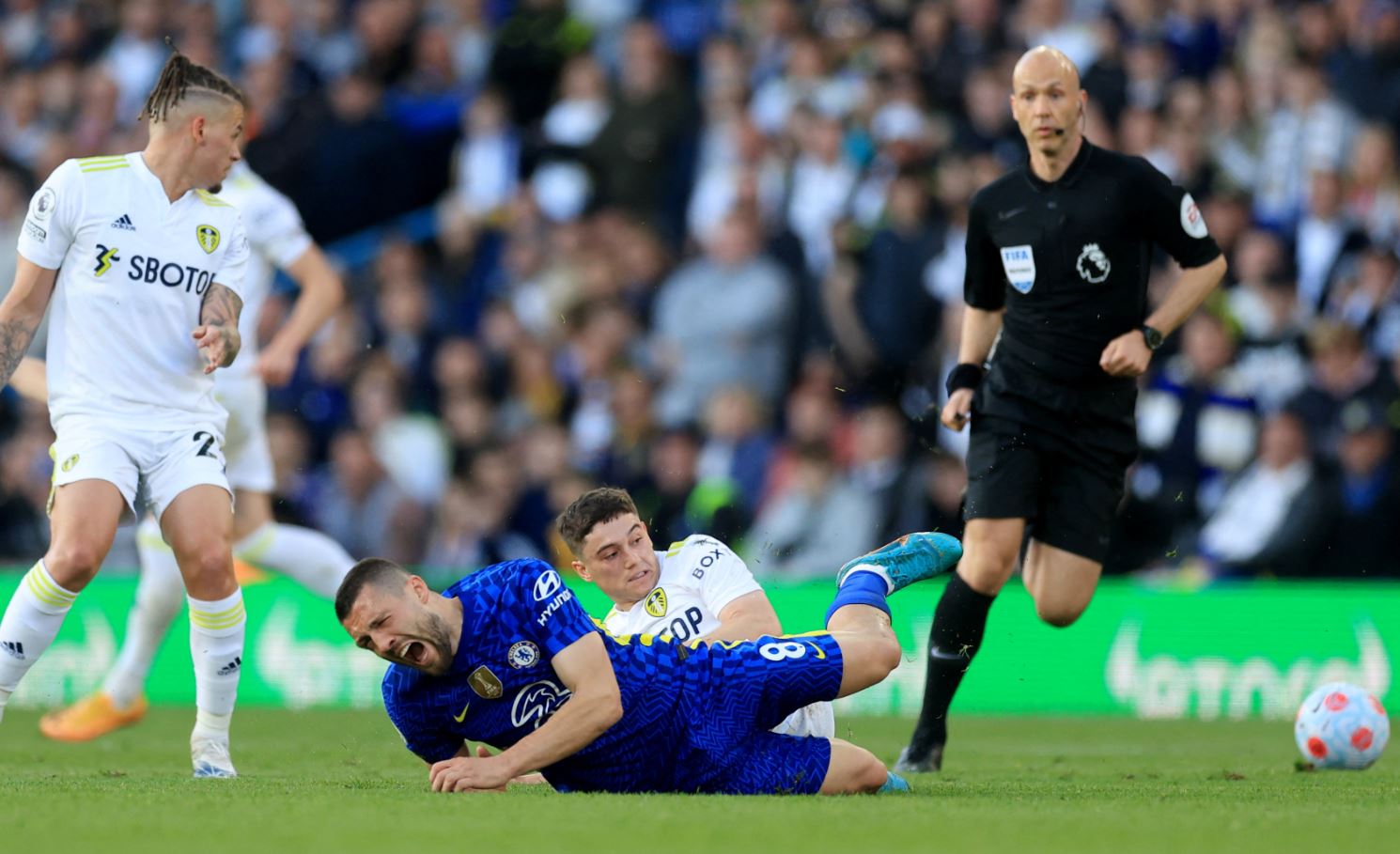 Chelsea coach Thomas Tuchel said that midfielder Mateo Kovacic needs a “miracle” to reach the FA Cup final against Liverpool next Saturday, after he was injured in the 3-0 win over Leeds United in the league yesterday. The Croatian player was injured after an intervention by Dan James, who was sent off in the 24th minute. “I tell you as a coach, not as a specialist, but he probably won’t participate in the cup final. He tried to continue for 15 minutes, which was impossible, the ankle is swollen and it hurts a lot.”

The 28-year-old, who missed three matches last month due to an ankle injury, has made 43 appearances in all competitions for the team this season and scored six goals. Tuchel added, “I would be sad if he missed, because his presence in the starting lineup has become inevitable. He has determination and is eager to play.”
“Now he is worried about the possibility of him missing the match. We will see and we need to wait. Maybe a miracle will happen.” Chelsea is third in the league with 70 points, four points ahead of Arsenal, who faces Tottenham Hotspur today.