Chelsea continues its negative results and draws with Brighton 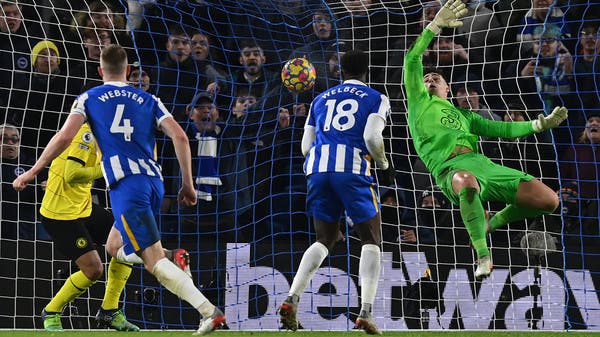 Chelsea suffered a new setback and drew 1-1 with its host Brighton on Tuesday in a match in the twenty-fourth stage of the English Premier League football.

Chelsea suffered a third draw against one defeat in its last four matches, raising its score to 44 points to remain in third place, one point behind Liverpool and 12 points behind leaders Manchester City.

Chelsea advanced with a goal by Moroccan star Hakim Ziyech in the 28th minute, but Brighton equalized in the 60th minute with a goal by Adam Webster.

Brighton raised its score to 29 points in ninth place.

The equalizer in the match spoiled the celebration of Chelsea coach Thomas Tuchel, who won the award for the best coach in the world on Monday at the International Federation (FIFA) ceremony to distribute the Best Awards in 2021.