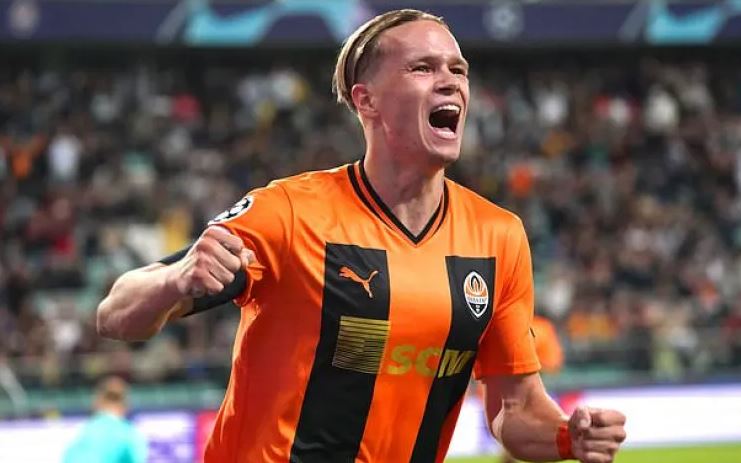 Chelsea and Shakhtar Donetsk of Ukraine said yesterday that the two teams are close to agreeing on the transfer of striker Mykhailo Modric to the club competing in the English Premier League. And British media indicated that the deal is estimated at about $ 100 million, as the 22-year-old player will sign a seven-and-a-half-year contract.

“Once a final agreement has been reached between the two clubs, Chelsea will discuss the terms of the agreement with the Ukraine player, who can play as a striker or winger,” Chelsea said in a statement. Sky Sports reported that Modric traveled to London today, Saturday, to undergo a medical examination.