Chelsea is subjected to a fatal draw against its new owner .. Watford is relegated 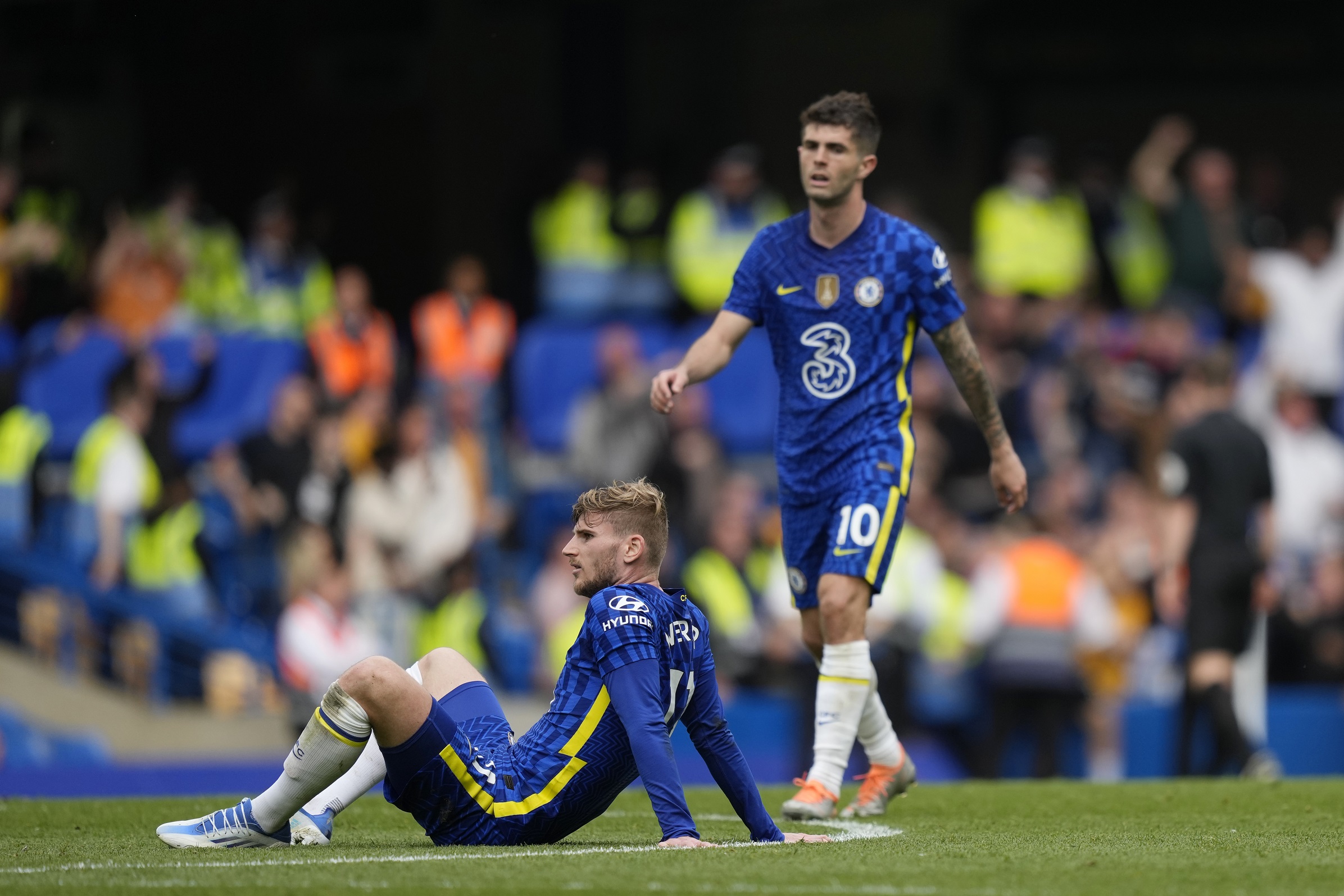 In front of its new owner, Chelsea suffered a fatal 2-2 draw against its guest Wolverhampton to remain without a win for the third match in a row, in the thirty-sixth stage of the English Football League on Saturday, which witnessed Watford’s relegation to “Championship”.

And the London club had announced hours before the match that a consortium led by American Todd Boehley, one of the owners of the Los Angeles Dodgers club, who watched the match from Stamford Bridge, won the battle to buy the club in a deal of 4.25 billion pounds ($ 5.2 billion).

The owner of the Russian club, Roman Abramovich, had put the club up for sale in early March, just days before the sanctions imposed by the British government against the backdrop of the Russian invasion of Ukraine.

Despite the positive news from the administration, Chelsea remained on the field without a win for the third match in a row in the league after a draw with Manchester United and a loss from Everton, to fail to relieve itself relatively from the struggle for the last two positions qualified for the Champions League.

And German coach Thomas Tuchel’s team has 67 points, four and six points ahead of Arsenal and Tottenham, respectively, knowing that the latter will visit Liverpool later, while the “Gunners” host Leeds on Sunday.

Having been stripped of their European champion title this season, Chelsea are hoping they will not be left empty-handed this year when they meet Liverpool in the FA Cup final next Saturday at Wembley.

Moroccan Romain Sais inflicted a penalty kick after being obstructed by Romelu Lukaku, which was confirmed by the video assistant referee “VAR”, and the Belgian international succeeded in it (56).

And Lukaku added the second after only two minutes, after the American Christian Pulisic snatched the ball from the opponent near his area and passed it to the striker, who shot it with his right from outside the area beautiful to the left of the goalkeeper (58).

However, the Portuguese Francesco Trincao reduced the difference with a superb left-footed shot from outside the area to the top of the goal to the left of Senegalese goalkeeper Edouard Mendy (79).

In the seventh minute of stoppage time, Connor Cody smashed the heart of the new owner with a header in the goal after a cross from Portuguese substitute Chikinho.

Watford relegated to the second level “Championship” with a 1-0 loss to Crystal Palace, Ivory Coast’s Wilfried Zaha scored from a penalty kick, to join bottom Norwich.

Burnley’s hopes of survival suffered a setback after falling 3-1 to its guest Aston Villa, who advanced through Danny Ings (7), Argentine Emiliano Buendía (31) and Ole Watkins (52), while Ivory Coast’s Maxwell Cornet scored the honorary goal of the owners of the land (90 + 1).

Burnley have 34 points from 35 games, the same for Leeds who meet Arsenal on Sunday, and Everton 32 points from 33 games, which are at Leicester City on the same day and have a game postponed at home against Crystal Palace.

Brentford twelfth won its fifteenth guest Southampton 3-0, with goals from Swede Pontus Jansson (13), Yuan Wesa from the Democratic Republic of the Congo (14) and Norway’s Christopher Ayer (79).