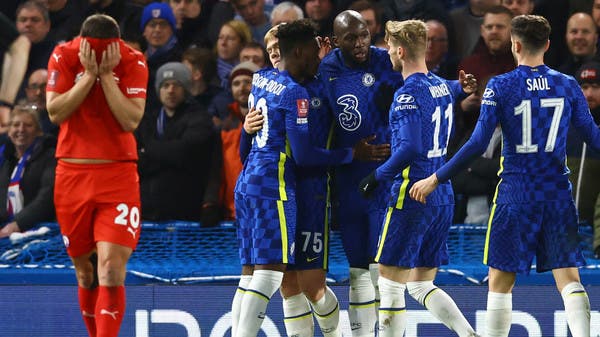 Romelu Lukaku scored in Chelsea’s 5-1 win over Chesterfield in the FA Cup third round on Tuesday, his first goal since comments that angered coach Thomas Tuchel.

Lukaku scored in the 20th minute, to give Chelsea a 3-0 lead after Timo Werner and Callum Hudson-Odoi scored before him, and the European champions controlled the match at Stamford Bridge.

Andreas Christensen made the score 4-0 before the break, then Hakim Ziyech scored from a penalty kick in the second half, before the underwater team scored its only goal through Akwasi Asante.

Lukaku, the club’s record signing, was left out of Chelsea’s squad for Sunday’s Premier League draw with Liverpool after giving a television interview three weeks earlier, saying he was unhappy with his role at the club and expressed his desire to return to Inter Milan.

After a clearing session with Tuchel, Lukaku returned to the squad against Tottenham Hotspur in the League Cup semi-final on Wednesday.