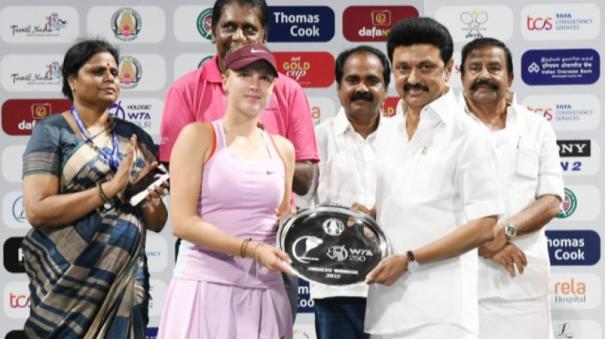 The match ended in a total of 58 minutes. Earlier, Chief Minister M.K.Stalin observed the match by sitting in the spectator loft.

Similarly, in the doubles category, the first pair received a prize money of around Rs.9.58 lakhs and the second placed pair around Rs.5.35 lakhs.