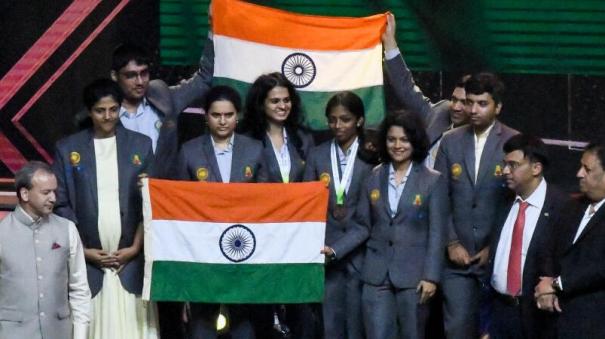 New Delhi: The Prime Minister congratulated India B and India A (Women) teams who won the open category in the 44th Chess Olympiad.

In this regard, Prime Minister Modi said in his Twitter post, “Indian B team won bronze medals in men’s category and Indian A team won bronze medals in women’s category of Chess Olympiad. Congratulations to the players of the team. Congratulations also to medal winners Gukesh, Nihal Sareen, Arjun Erikaisi, Pragnananda, Vaishali, Thania Sachdev and Divya Deshmukh. They have performed well and have shown solid talent. We wish them all the best in their future endeavours.”

And in his Twitter post in Tamil, he said, “The people of Tamil Nadu and the government have conducted the 44th Chess Olympiad very well. I congratulate the contestants from all over the world for welcoming and showcasing our great culture and hospitality.”