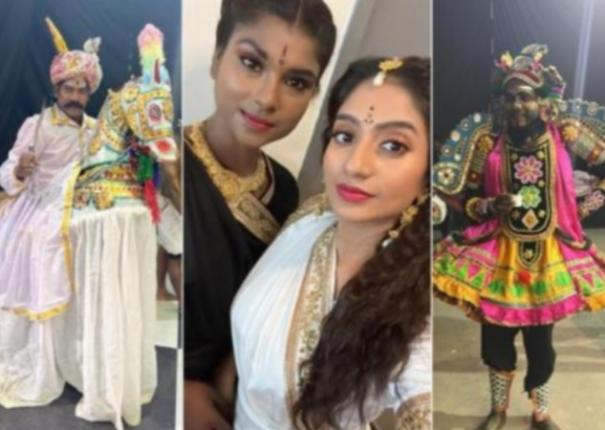 Anand Mahindra shared the video, great choreography. I know it has been prepared by Pudukottai Collector Kavita Ramu. Chess pieces come to life. It has confirmed the credibility that India invented the game of chess. He posted that congratulations.

Superb. Choreographed, I’m told, by Ms Kavitha Ramu, Collector Pudukkottai. Makes the chess pieces come alive in our imagination. Also it has authenticity, given the game was invented in India. Bravo! pic.twitter.com/BZCQvluyFz

Video shared by CM:
The video is titled as ‘Chess dance depiction’ and has been made simulating the battle scene between the two kings.

The chess board features classical and folk dance elements as well as wrestling scenes. In the end, the opponent’s queen stops the moustached king by ‘checking’ her swordsmanship. This video is made with no dialogue and background music.

The video, which is about 3.38 minutes long, was also shared on the Tamil Nadu Chief Minister’s official Facebook and Twitter pages.

While this video is well received, businessman Anand Mahindra has tweeted praising this video.