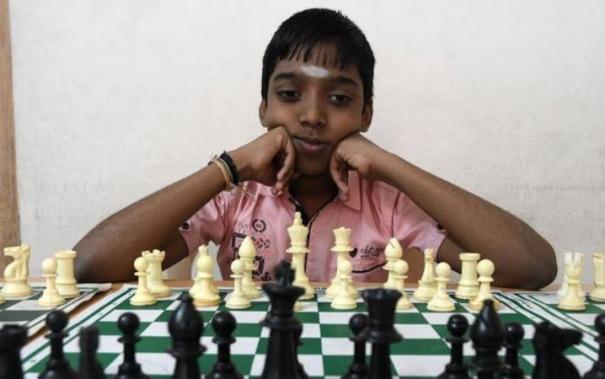 Chennai: Pragyananda, an Indian player from Tamil Nadu, has advanced to the final of the Chessable Masters Chess Series.

The 16-year-old Pragyananda has been playing brilliantly in this series that takes place online. In the first match of the series, he defeated No. 1 chess player Magnus Carlsen. China’s Wei Yi fell in the quarterfinals. In the semi-finals, he defeated Dutchman Anish Giri in a tie-breaker. As a result he advanced to the finals.

In the final, he will face world No. 2 Ding Liren of China. This competition is very important. The semi-final match lasted until late at night. Having won it, Pragyananda has participated in the Class 11 general examination held this morning. At the same time he said he wanted to win the final.

Pragyananda has been making many achievements in the world of chess. He also won the title of Grandmaster at a very young age. He won the World Youth Chess Championship title in 2013. Pragyananda also won the Reykjavk Open chess tournament in Iceland last April.