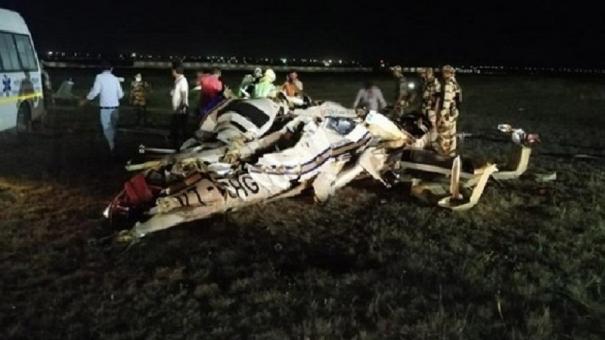 The helicopter was piloted by Captain Gopal Krishna Panda and Captain AB Srivastava. The helicopter suddenly caught fire while trying to land. The helicopter crashed and crashed.
There was life when the pilots were rescued from the helicopter. Both, however, died without treatment. The cause of the accident is unknown. The DGCA, the civil aviation department, said it had ordered a detailed inquiry into the matter.

Chhattisgarh Chief Minister Bhubaneswar Bagel took to his Twitter account to express his condolences to the families of the dead pilots and ordered the authorities to provide immediate relief.