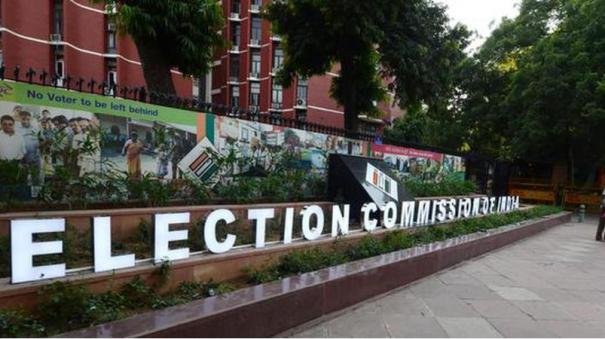 New Delhi: The Constitution Bench of the Supreme Court said that the Chief Election Commissioner should be non-political.

But 70 years have passed since the Constitution came into force, but no action has been taken in this regard.

The ruling rulers at the center appoint the person they want in this post. Therefore, a law should be enacted regarding the appointment of Election Commissioners.

It is essential that the Chief Election Commissioner should be non-political and empowered to take decisions on his own without succumbing to any pressure. This is what the judges said.

Arun Goyal Nomination Files..: The case came up for hearing yesterday. Advocate Prashant Bhushan, who appeared on behalf of the petitioners, said, “Arun Goyal, who held the position of Secretary to the Central Government, took voluntary retirement on the 18th. The very next day he was appointed as the Election Commissioner. He said that he should be investigated as a matter of urgency regarding his appointment to this post.

Hearing this, the judges ordered the central government to file the files related to the appointment of Arun Goyal.