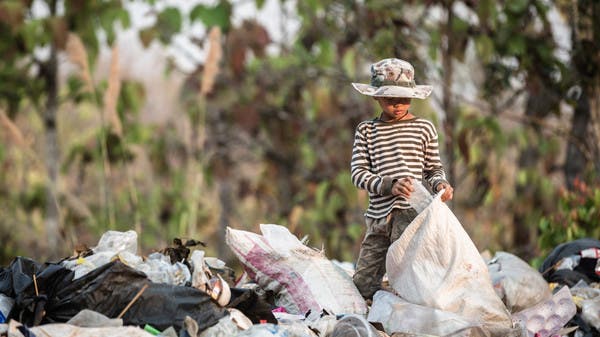 The number of minor children working in Turkey in various professions such as agriculture, industry and the service sector varied, but at least they number about two million children working in an unsafe environment and harmful to health, according to the latest statistics of the Turkish “Occupational Health and Safety Council” as well as another government institution that provides statistics periodicals in several fields.

Turan Aydogan, a deputy from the Republican People’s Party, Turkey’s main opposition party led by Kemal Kılıçdaroğlu, raised the issue of child labor in the country, speaking about the difficulties faced by more than two million working children.

The media office of the representative of the main opposition party revealed to Al-Arabiya.net that “the Turkish parliament has more than once ignored proposals made by Aydogan to improve the reality of hundreds of thousands of children working in various industrial, agricultural and service fields.”

Aydogan is scheduled to speak again about child labor in the Turkish parliament next week, his office also said.

The Turkish MP is preparing a parliamentary memorandum in which he will warn of “the aggravation of the issue of child labor”, especially with the Turkish lira hitting record lows today in conjunction with the continuing economic crisis that Turkey is suffering from, which may force more children to enter the labor market in the future.

Data from the Turkish Ministry of Family and Social Services indicate that there are 23,000 children working in the country in professions that “do not match their age due to the poor economic conditions in which their families are living.”

The parties opposing Turkish President Recep Tayyip Erdogan usually question the figures provided by the Ministry of Family and Social Services to the public regarding working children, which Aydogan did a few days ago when he spoke about their case in Parliament.

The opposition party MP based his criticism of the Turkish government on child labor on the latest statistics of the Turkish Occupational Health and Safety Council, which show the distribution of child labor among several vital sectors in the country, as 30.8% of them work in the field of agriculture, 23.7% in the industrial sector and 45 5% work in the service sector.

In his parliamentary intervention, Aydogan said that “hundreds of thousands of children work on the streets or in dangerous jobs that force them to lift heavy weights,” stressing “the need to find radical solutions to child labor and get rid of this problem after the government evaded addressing it,” as he put it.

He also considered that the issue of child labor “affects society and must be resolved under the dome of Parliament, but the government turns a blind eye to this problem” despite the fact that 319 child laborers lost their lives during their jobs between 2013 and 2019.

The representative also addressed the issue of children imprisoned with their mothers in detention. And their number is about 800 children, according to what was previously reported by Al-Arabiya.net, a member of the Human Rights Committee of the Turkish Parliament.